From intense rain and flooding, to fires and drought, to politics and a new name for Vandenberg, 2021 was a busy year up and down the coast. Here is a look back at some of the top local stories of 2021 as the year winds down.

The beginning of 2021 saw turmoil at our nation’s capital, and local Congressman Salud Carbajal was there as it unfolded. “This will be a day that will live in my mind in infamy,” said Carbajal. He was among the many lawmakers and staffers who sheltered in place as pro-Trump rioters took control of the Capitol building. A house committee would go on to investigate the January 6 insurrection.

Montecito marked three years since the deadly January 9 mudslide with a ceremony at the fire station that was scaled down because of COVID-19 restrictions. Months later in July, the family of Jack Cantin said the 17-year-old’s remains had been located. “You know what I tell people is love found Jack, and it was the love of all the people, whoever they were, who helped along the way,” said Kim Cantin, Jack’s mother. She said Jack’s remains were found within 1,000 yards of the family’s former home on Hot Springs Road, in the debris path near the creek. Search crews and volunteers spent three and a half years searching a 110-acre zone for Jack and two-year-old Lydia Sutthithepa. The toddler’s remains have still not been found.

At the end of January, an atmospheric river brought intense rain up and down the coast, leaving some communities nervous about the potential for another mudslide. Many areas received several inches of rain in a short time. Parts of Avila Beach flooded, and along the Gaviota Coast, a woman was rescued after her car was trapped by flood waters near Refugio State Beach. “Initial panic and second thought was: I need to call my dad,” the woman said after she was brought to safety.

From rain to drought, January’s storm would be the last significant rainfall for the better part of the year. As local and state reservoir levels fell, water resource managers on the Central Coast urged people to cut back on water use. In July, Governor Newsom visited Lopez Lake in San Luis Obispo County to talk about the worsening conditions. Santa Barbara, San Luis Obispo and Ventura counties all dipped into the extreme and exceptional drought categories on the U.S. Drought Monitor.

2021 saw the most significant developments in the Kristin Smart case since the Cal Poly student first went missing in 1996. In April, Paul and Ruben Flores were arrested in connection with Smart’s disappearance. Smart was last seen walking with Paul to her dorm after a party. Prosecutors accuse Paul of killing Smart during an attempted rape at his dorm room. Paul’s father, Ruben, is accused of helping hide Smart’s body for more than two decades. Both have pleaded not guilty. After a marathon seven-week long preliminary hearing, a judge announced in October that the case will head to trial. It’s set to begin on April 25, 2022.

Tragedy struck the city of San Luis Obispo in May when Detective Luca Benedetti, 37, was shot and killed in the line of duty. He was among several officers serving a search warrant at an apartment when the man inside opened fire. The gunman also died. A second officer was hurt. Thousands paid their respects at a memorial service and procession for the fallen officer.

Vandenberg launched into a new era of space exploration in 2021. In mid-May, the Air Force Base officially became Vandenberg Space Force Base. Space Force personnel are now known as Guardians instead of airmen, but the overall operations of the base didn’t change much.

We got an early taste of fire season in Santa Barbara on May 20 when the Loma Fire broke out on TV Hill. NewsChannel 3-12 crews were among those evacuated due to the 9-acre fire. While it wasn’t massive in size, it was highly visible with large and intense flames burning up the hillside. A 23-year-old man was ultimately arrested that night on suspicion of starting the fire. He has pleaded not guilty to multiple counts of arson. Loma Alta Drive, which sits below the burn scar, was closed in the fall and will remain closed for at least eight months.

In spring, the COVID-19 vaccine rollout ramped up across the Central and South Coasts. On June 15, California fully reopened. Restrictions on masking, capacity and physical distancing were eased, but it would be short-lived for some of those rules. As cases spiked again, mask mandates returned. Santa Barbara, San Luis Obispo and Ventura counties all have indoor masking mandates to this day.

As tension over the pandemic response grew in California, so too did the recall effort against Governor Gavin Newsom. The campaign gained enough signatures to get the recall on the ballot, leading to a special election in September. However, the recall effort would not succeed. Governor Newsom became the second governor in U.S. history to defeat a recall after beating it by a significant margin.

Just a month and a half later, another election was held on the South Coast. Voters decided on new leadership, electing former city councilman Randy Rowse to replace incumbent Mayor Cathy Murillo. “Our focus will all be on Santa Barbara, not some other race or some other political issues,” said Rowse.

The UCSB housing crisis reached a tipping point in the fall. Amid a shortage of housing and students living in local hotel rooms, the university unveiled plans for a controversial mega dorm. It would create about 4,500 rooms mostly without windows. Some students likened it to a prison, but the university defended the project saying it would address the need for more housing. Not long after, the city of Goleta said it would file a lawsuit against the university for not providing enough student housing for its rapidly growing campus population. The university said it was "disappointed" in the response from Goleta.

In early October, we got another more significant dose of fire season, this time along the Gaviota Coast. The Alisal Fire broke out the afternoon of October 11. The winds were so intense, aircraft couldn’t launch until the next day. “it’s just a perfect storm of a fire that’s going to be very challenging to contain,” said Captain Daniel Bertucelli with the Santa Barbara County Fire Department. The fire quickly burned from the mountains and canyons all the way down to Highway 101. The fire caused one of the state's busiest highways to be shutdown for several days. The fire would go on to burn nearly 17,000 acres. Just as crews were getting the fire contained, another storm moved over the region bringing measurable rain. A flash flood warning was issued and people in the burn scar were told to shelter in place. Thankfully, the rain did not end up being a threat. As 2021 was winding down, the Alisal Fire was officially declared "out" in the beginning of December.

Those were the top stories that stayed with us in 2021. Which story will you remember from this past year? Let us know in the comments. 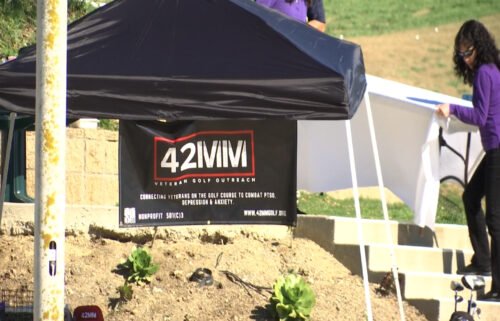 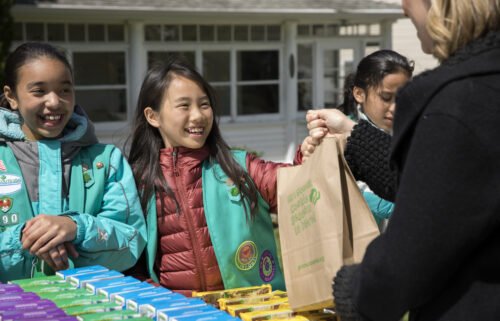 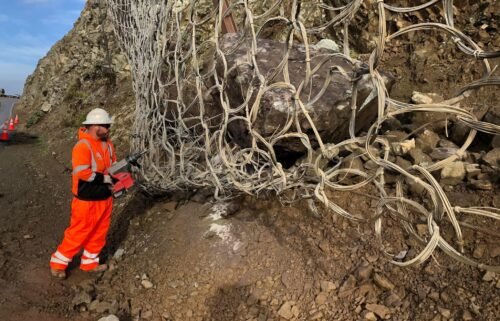