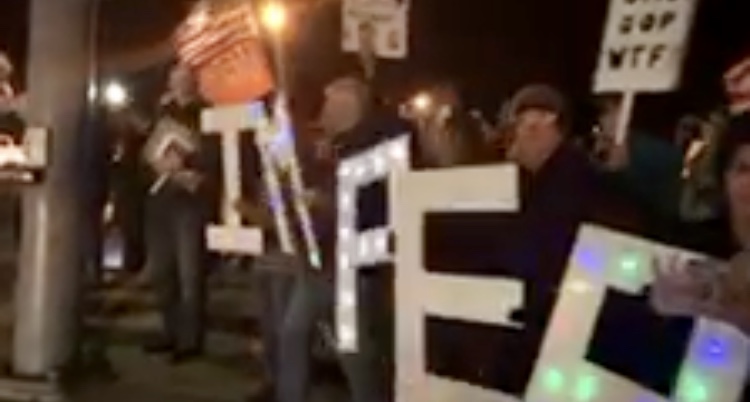 "No one can tell the Congress of the United States that they are not allowed to subpoena him. Who the hell the does he think he is?," said Jackson.

This was one the largest rallies and marches along the coast.

Chris Hamilton of Santa Barbara said it made her feel supported

"A gathering of people reminds us that we aren't sitting alone at home with our fury or whatever we are feeling. "

The controversial signs included one that put a mustache on the likeness of the president with the word Twittler rather than Hitler.

But the signs are not likely to change minds.

California Republican Party treasurer Greg Gandrud said, "We think Salud Carbajal and other members of Congress should try to work with President Trump to improve health care,and create more jobs, and fix social security rather than continue this sham of so-called impeachment."

Some longtime Republican lawmakers opposed to this impeachment supported Bill Clinton's impeachment that led to an acquittal in the Senate.

As the holidays approach people are likley to have loved ones for and against impeachment.

They can agree to disagree to keep the peace and to support the right to free speech.