Watching candidates debate on big screens at breweries is like watching sports, but it's up to the viewer to choose the winner.

They had plenty of screens to choose from at Third Window Brewing Company in Santa Barbara.

Planned Parenthood's Julie Mickelberry said, "We have a lot of supporters here tonight, they are educating themselves about the candidates, and we are feeling very optimist about the election."

"It will be interesting to see who is left when it gets to California in a month, " said Conrad.

Many people listened for the issues they care about the most.

Justin Crider said, "I am definitely a big proponent of Medicare for all."

Katherine Crider said," It started out a little bit slow, but it picked up speed, just now with the controversy between Elizabeth Warren and Bernie Sanders, but they seem like they are in good spirits, and it is nice to see people get along in politics now and then."

A conservative who watched the debate at home shared her thoughts as the debate wrapped up.

Caroline Abate said she doesn't think President Trump has anything to worry about.

"All the Democrats can talk about is, what? impeachment, So, you know what, they are not in an electable place.

She called the attacks on President Trump, well meaning but misguided.

California voters will have their say on Super Tuesday, March 3, one month after the Iowa Caucuses. 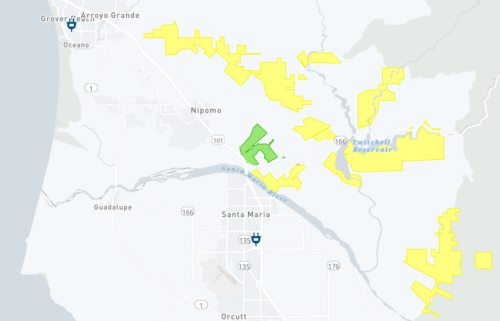