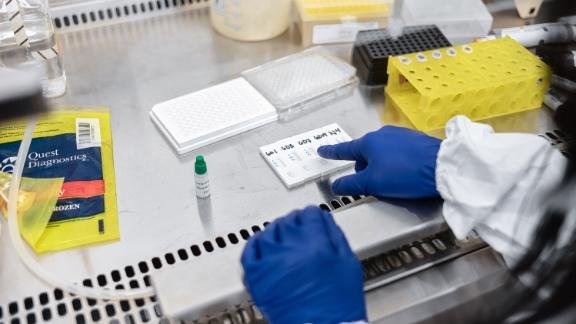 On Monday, an appointment operator for Logistics Health Incorporated, the company running the county's tests, confirmed there are no appointments available for a COVID-19 test for two weeks within 60 miles of the City of Santa Barbara. That includes testing sites in Buellton, Santa Maria, Santa Barbara and Oxnard.

A spokesperson for Santa Barbara Public Health said the increase of demand for testing has gone up statewide. And enough tests and appointments to meet the growing demand is a statewide issue.

But with that desire, Clay said there are people who are getting tests that might not need to get tested.

"We have what we coined a couple of weeks ago, the cure of curiosity," said Clay. "Which is what the testing appears to be. We have asymptotic individuals who are in low risk environments who are curious if they have COVID-19."

But with the demand for tests skyrocketing, health officials said people who aren't showing symptoms should self-isolate and save tests for those who are feeling sick.

Santa Barbara County has three locations where they're administering COVID-19 test. Local hospitals are also testing patients, however Sansum Clinic advises you to also check for symptoms before requesting a test.

"Unfortunately our resources are so limited right now that we don't have that luxury. So what I would say is going forward, we are available obviously to anyone that is symptomatic. But I think otherwise if somebody has been exposed and it's been a close exposure, we know what they need to do, they need to quarantine."

Beyond self-isolating, doctors said people need to wear face coverings in public and wash hands frequently. The county is working with the state to increase testing capacity while looking for other ways to expand testing if the state isn't able to help.