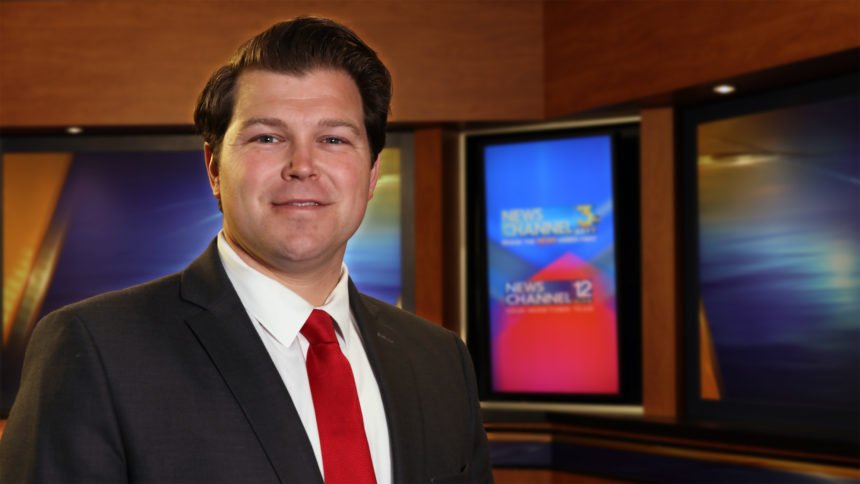 I’m a reporter in Santa Barbara passionate about the stories that help people live better lives.

I started my journalism career at Quinnipiac University in Hamden, CT. There I majored in Broadcast Journalism and minored in Sports Studies. Ask me which sport the Catholic Church supports more, soccer or rugby, seriously.

I hosted my own music radio show, “The Show,” was a sports broadcaster for the student radio and TV station and reported for the TV station.

My first stint in news was at News12 Connecticut. I produced, wrote and worked the assignment desk during such stories as the Sandy Hook Shooting, Stamford Christmas Day Fire and Hurricane Sandy.

It was a PBS station in the heart of Minnesota that first put me on-air professionally. I loved saying Paul Bunyan was my neighbor and Curious George, Clifford the Big Red Dog and Daniel Tiger were my co-workers. They were a lot of fun to hangout with, they’re real party animals. In my first month, I quickly learned what it meant to be a reporter, rubbing shoulders with seasoned 10-year veterans during the Bryon Smith Trial.

I continued with Lakeland News telling the stories of the Land of 10,000 Lakes from the Governor’s Fishing Opener (I’m a huge walleye fan now) to the 2016 U.S. Congressional Race with tourism and business stories in-between.

My career then moved me from the North Star State (MN) to the Yellowhammer State (AL).

I worked at two stations in Huntsville, AL, also known as The Rocket City. I continued my passion for business reporting covering Huntsville’s explosive development, housing market, job growth and technological advance. Fridays were among my favorite, filming Friday Night Lights from the sidelines of some of the best Northern Alabama football teams.

I returned to The Golden State to report at 23ABC in Bakersfield. There I  reported on weekend events, what jobs to apply to in “Kern Back in Business” and how to life a better life in “California Health”.

Living and working in Santa Barbara is a fantastic fit for me. Growing up in Orange and Los Angeles Counties, it has been my dream to tell Californians’ stories. At NewsChannel 3-12 I’m doing that, plus the beach views are incredible.

When I’m not at the station, you could find me at the ice rink, batting cages, concert or exploring California’s beauty. I have a passion for history and it has fueled by my lust for travel. I’ve been to all 50 states, lived in the North, South, East and West and have seen the wonders that 32 countries have to offer.

If you have any questions or story ideas, or need any recommendations from what places to visit, what beers and pizza to try or what teams to cheer for (Los Angeles Kings and Dodgers), I’m a quick message away!