SANTA BARBARA, Calif. - Mekia Valentine, one of the finest frontcourt players in UC Santa Barbara women's basketball history, passed away on Thursday, Mar. 26 at the age of 32.

Valentine played two seasons as a Gaucho after transferring from Wake Forest University. Following a redshirt year in 2008-09, she quickly became a standout. As a junior in 2009-10, she averaged 12.3 points per game while leading the team in rebounding at 9.7 per game, blocked shots with a school record 120, and field goal percentage at 57.4%. Following the season, she was named Second Team All-Big West and she was also a member of the All-Big West Tournament Team after leading UCSB to the championship game.

In 2010-11, Valentine was again second on the team in scoring at 11.1 points per game while, once more, leading the team in rebounding at 11.1 per game, blocked shots with 115 and field goal percentage at 62.0%, earning her another Second Team All-Big West recognition as well as Big West Defensive Player of the Year.

A native of Greensboro, N.C., Valentine has 10 of the 13 top shot-blocking performances in UCSB history, including a school record and career-high 11 on Jan. 2, 2010. She is also one of just three players in school history with three games of 20 or more rebounds in a game, including a career-high 22 on Feb. 11, 2010 against UC Riverside, the third most on UCSB's all-time top-10 list.

On the heels of her second season as a Gaucho, Valentine was drafted by the New York Liberty in the third round of the WNBA Draft.

Before arriving in Santa Barbara, Valentine made her mark at Wake Forest as she was named to the ACC All-Freshman Team in 2007. During her two seasons in Winston-Salem, she blocked 94 shots and she finished her four-year collegiate career with an astonishing 329.

"Our hearts are heavy today as we process the passing of our gaucho family member," says UCSB Deputy AD and Mekia's former coach, Kelly Barsky. "Our deepest condolences to her family. I am heartbroken as are her many teammates, friends, coaches and those in the community that knew and loved her. We are sharing in the grief and sadness by exchanging memories, thinking about her flashing that big smile of hers and remembering how she could light up a room. She made her mark on the gaucho basketball record book but there are so many cherished memories of Mekia both on and off the court. When the time is right we hope to bring our Gaucho community together in her honor." 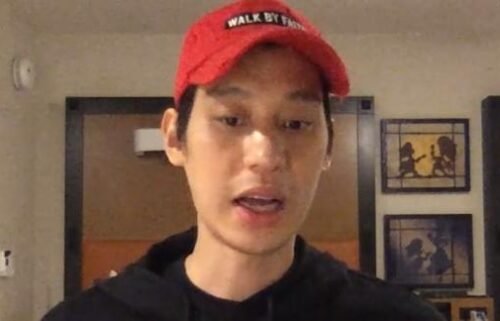