NIPOMO, Calif. -- Construction on a new all-way stop is now complete at a busy Nipomo intersection.

There are now two new stop signs, as well as pavement markings, at the intersection of Los Berros Road and the Highway 101 on-and off-ramps.

On Monday, workers with the San Luis Obispo County Public Works Department put the finishing touches on the project.

Earlier this month, the county announced it was putting in the stop signs to improve traffic operations and safety at the location.

It noted the intersection experiences a heavy volume of traffic daily and is a popular route for local cyclists.

To help motorists adjust to the new stop signs, the county has installed two brightly colored orange flags on each side of the pole.

The project was approved by the San Luis Obispo Board of Supervisors in March 2020.

According to the county, the placement of signs and markings was estimated to cost approximately $1,500. 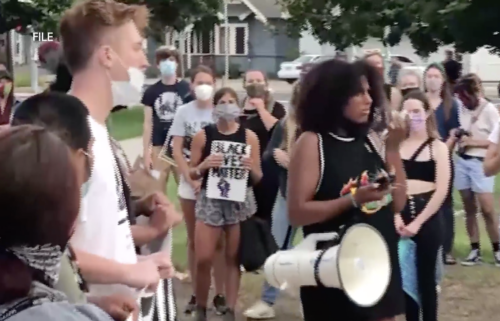