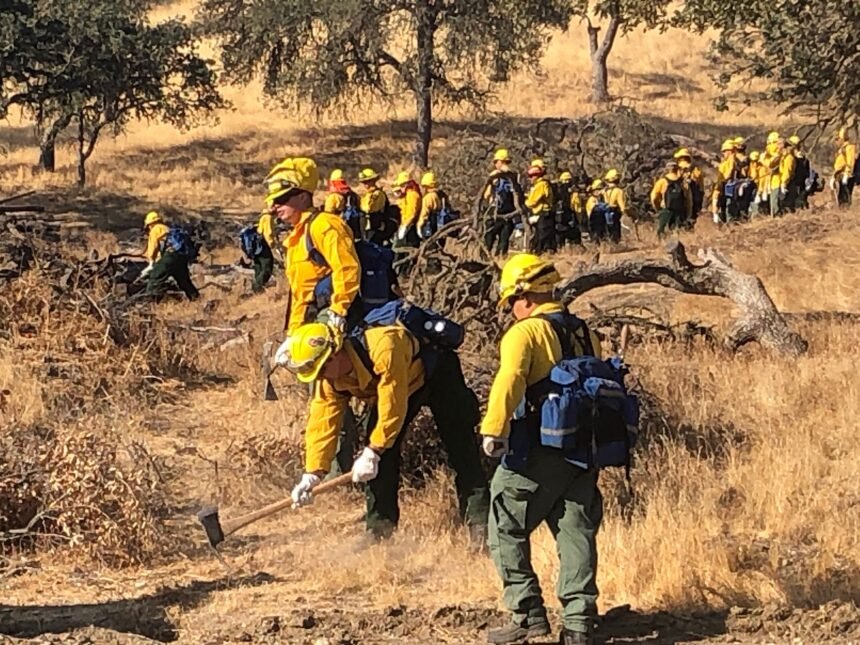 SAN MIGUEL, Calif. - Hundreds of California Army National Guard soldiers are about to be deployed to help fight the fires burning across the state.

The troops are completing fire suppression training at Camp Roberts in SLO County.

Cal Fire training instructors have spent the past few days at Camp Roberts putting these army national guard troops through the paces of basic wildfire suppression.

"After we train, we are going to be headed to the different locations where the fires are at to support our Cal Fire counterparts," said Army National Guard Lt. Col. David Chang.

The soldiers have been learning how to properly and safely cut fire lines, use hand tools and water hoses on active fire lines.

This National Guard unit is among the first to support firefighting agencies stretched to the limit battling fires in Northern California and across the state.

"Anytime that we call the guard and activate them and stand them up, we are at a drawdown," said Cal Fire Capt. Sean Sunahara. "So for us even to get a lot of the calfire people that we need to staff these crews is pretty tough."

Once their unit was activated, many of the guardsmen and guardswomen have left their civilian jobs in communities where these wildfires are burning.

"A lot of people have lost their homes and we can't do anything to bring those back but we can prevent others from being lost," said Pfc. Cythina Portillo.

"This year has been very unique, we've had three, our COVID, civil disturbance and the fires, so it has been a very eventful year, but this is part of our duty as national guardsmen," said Chang.

With a motto of always ready, always there.. 2020 continues to be a year of call to duty for the California Army National Guard.