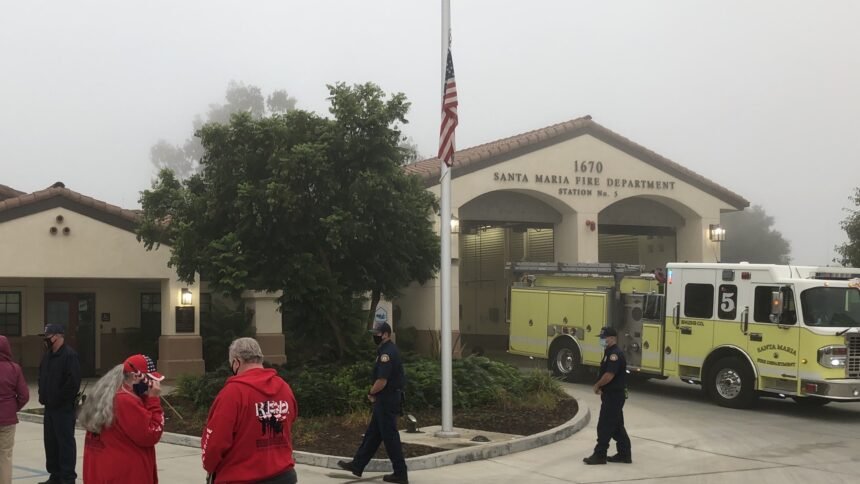 SANTA MARIA, Calif. - The Santa Maria Fire Department continued its tradition of remembering the victims of the terrorist attacks on September 11, 2001 with brief, solemn memorial services at all city fire stations Friday morning.

The ceremonies included a series of horn blasts from fire engines at each of the five stations followed by a recorded message from Santa Maria Fire Chief Leonard Champion, a moment of silence and the lowering of station flags to half staff.

The ceremony at Station 5 on Donovan Road attracted a small group of local residents devoted to keeping the memory of 9/11 alive as well as the nearly 3,000 people killed including 343 firefighters and 72 law enforcement officers."

"We are patriots, it's sad to see what's going on in America right now, especially", said U.S Army veteran Tim Marshall who attended the 9/11 remembrance ceremony at Station 5.

"Because we love America and we love the heroes, the police, the firemen", said Karen Marshall about why she attended the memorial.

A piece of the World Trade Towers is on display outside the entrance to Santa Maria Fire Station 5.