SANTA BARBARA, Calif. - The recent trend of more diners, shoppers and visitors in downtown Santa Barbara as the coronavirus rules ease up has business owners looking towards a brighter 2021.

The Downtown Organization Executive Director Robin Elander is working with the groups core business district and its Board of Directors headed by Robin Gose. She is the CEO of the Wolf Museum of Exploration + Innovation (MOXI).

Gose is closely working with the city and its team that has studied options to the promenade which runs from Gutierrez St. to Sola St. In the bigger foot print, she says, the area's improvements benefit Santa Barbara all the way to the waterfront, in the Funk Zone and out to Chapala St. and Anacapa St.

In recent weeks, the city has added new colorful terra cotta pots at each intersection and over head festive lights to illuminate the area at night.

Ahead she sees businesses and the Downtown Organization, "doing things to promote people coming downtown. I do find that very exciting."

She says downtowns around the country are working on innovative ideas.
"Downtown is both a location but it's also a feeling," she explained.

There are improvements in the works for both the daytime and the night time ambiance to the area. "The enhanced lighting downtown  that highlights the beautiful architecture that we have, it makes you feel like you are supposed to be here after dark. It makes it feel safe and like a real destination," said Gose.

In December a Thursday evening Promenade Market began and the downtown corridor retains the Tuesday afternoon Certified Farmers' Market which has since expanded over several blocks.

Gose says she hopes to see ideas from business owners about what new changes in the promenade can fit, knowing that each block will likely have a different look.

The city is studying many options including more housing downtown. Some of that could involve vacant buildings at the Paseo Nuevo Mall which has lost both Nordstrom and Macy's in the last few years.

This week the BCycle, electric bike rental business launched in downtown with several docking stations. There are others in the nearby neighborhoods as well.

Ahead the city will be discussing what will happen with future events that normally use downtown, specifically State Street, including the Summer Solstice and Old Spanish Days parades. The route now had parklets and patios on the street in many areas.

It's all still a work in progress how the outside dining will look along with other design concepts. "Maybe it  doesn't look perfectly polished when you put it out there but you are doing something to serve the community and help your business continue to thrive and survive," said Gose.

Many analysts look to late Spring and early Summer as a significant transitional time. Gose said, "We are emerging more resilient and more  innovative and more creative as a result (of the pandemic)" 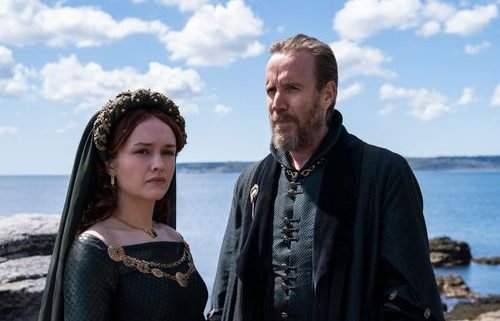