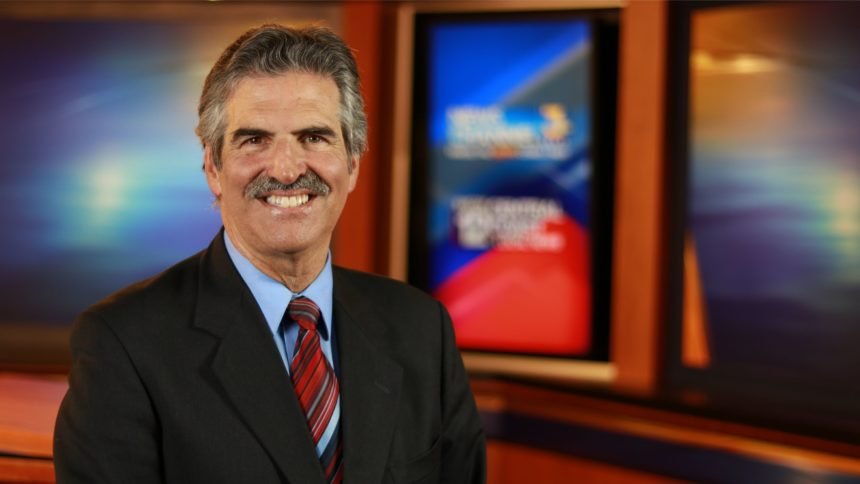 John Palminteri is a general assignment reporter and fill-in anchor for News Channel 3-12.

His television career began in 1988. His many honors include numerous Los Angeles and Bay area Golden Mike Awards, Associated Press and Emmy awards for individual and team work in both radio and television.

Prior to that, his radio career was at KSUL, KZLA, and KFWB in Los Angeles along with KPRO in Riverside. That was followed by News Director positions at KTMS 1250 and at KTYD and KEYT Newsradio 1250.

These days, in addition to television news coverage, John can be heard delivering the morning news on KJEE Modern Rock 92.9 and KCLU NPR 102.3 / 1340 radio.

Always keeping busy, his free time activities include volunteering with many charitable organizations, raising money as an auctioneer and Master of Ceremonies, along with hosting the annual Carpinteria Rotary talent showcase, the Magic Castle Cabaret performers, standup comedy/entertainment shows and occasionally you will see him in a movie.

In 2018, John became a Deputy Commissioner of Civil Marriages.