Local Politics
By John Palminteri
Published October 23, 2020 11:28 am
Share on FacebookShare on Twitter Share on Linkedin
Election vote by mail ballots are coming in by the thousands each week on the Central Coast.

SANTA BARBARA, Calif. - With the COVID-19 conditions, there are fewer large coffee shop gatherings, but wherever people are discussing the day's topics, the Presidential election is top of mind. Especially after the final debate Thursday night.

In Santa Barbara County, the turnout has already been strong. Earlier this week, about 25 percent of the registered 230,000 voters had cast a ballot.

The NewsChannel has been talking to many voters countywide in the last month and have found very few undecided voters for the presidential race, but many who are still looking at the other races closer to home. They include school boards, city councils, mayoral seats, assembly, senate and congress.

Voters have been asked to submit their vote-by-mail ballots before election day to make sure it is in, reviewed and counted. All ballots need to have your signature the way it is written on your registration. If you registered at the Department of Motor Vehicles or online, your DMV signature is the one that will be matched.

At a ballot drop box in downtown Santa Barbara, Christina Sanchez said she was excited to cast her ballot. "This will be the most excited I've ever been to vote," she said.

Sanchez said her family of four went over the ballot together, even her daughters who are not yet at the voting age.

Tim Robinson said he needed a little extra time in some areas.

"Yes there's quite a few things on the ballot and it's good to have some time to study it and last night's debate did not change my opinion at all," Robinson said.

A voter who used to be in Arizona and is now registered in California, has seen the political landscape from different perspectives. Shane Sprague said he wanted to learn as much as he could before he voted.

Some families sat down together and talked about their choices before casting their votes.

"We try to communicate clearly and help each other see it from a different perspective," Tally Robinson said.

A younger voter, Annina Gonzalez, could have stayed on the sidelines because of some issues sweeping the country but instead she cast her ballot with hope. "Ultimately the reason I am voting this year is not because I approve of or agree with the options, I think we are at a turning point where our democracy is at stake," she said.

If you still need to register to vote, or have not received the election materials you expected, contact your county elections office.

For more information about the candidates running in our local elections, visit the NewsChannel 2020 Voter Guide. 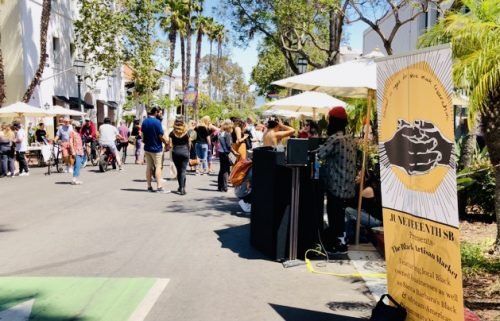