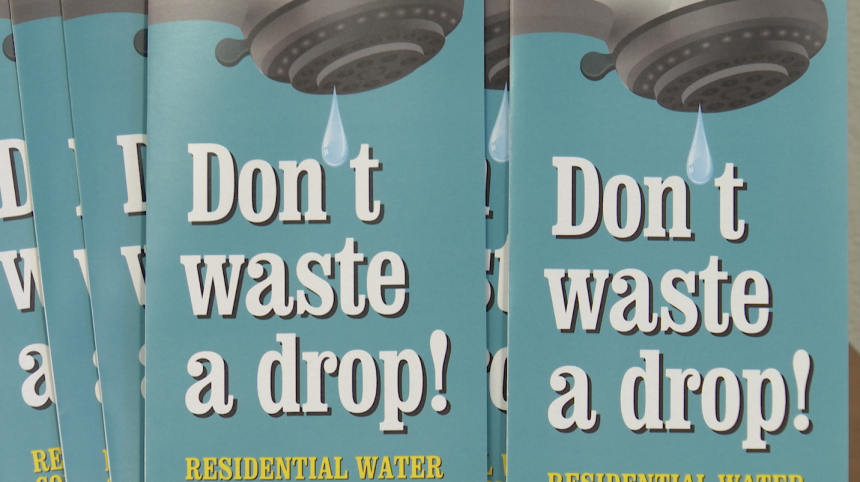 SANTA MARIA, Calif. -- As the drought tightens its grip on California, several Central Coast cities are rolling out new water conservation messaging and programs for its residents.

"During a hot, dry summer, water supplies are reduced throughout the state due to the drought," said Santa Maria Utilities Director Shad Springer. "We just want to encourage people to be cognizant of that and to conserve water where they can."

Springer noted the city receives most of its water from a robust groundwater supply, supplemented by a small portion of State Water. He said that although supplies continue to remain strong, its vital the public conserve every drop.

"Each person when we do a little bit, when we look at it in Santa Maria, with 100-and-some-thousand residents, if each of us do a little bit, it adds up to quite a bit over time," said Springer. "So making those small changes, even if customers don't think it's important, aggregate into big changes for the community, which really helps us conserve this valuable resource."

One way the city is spreading the word is through a new video campaign that recently debuted on local television and social media.

"During times like this, we just refresh the campaign and try encourage people to take a second look at what they're doing to see if they can do a little bit more to conserve water," said Springer. "We do that through social media. We love outreach to the press like this, on our Facebook page, and that sort of thing, so we have lots of information, so if they want more, we encourage them to visit our website or follow us on social media."

The city has a number of other tips and suggestions, as well as programs, all designed to help the public reduce consumption.

In Arroyo Grande, the city recently reestablished a program called Cash For Grass.

"Cash for Grass is a water conservation program that we've reactivated to help people save water," said Arroyo Grande Utilities Manager Shane Taylor. "It works by basically converting grass to either native or natural plants that don't take a lot of water."

"In those six years, we're saving about 10 millions gallons a year on those conversions, every year," said Taylor. "It's permanent conservation."

Taylor added that for each square foot of grass that is removed, it saves 18 gallons each year.

"It saves water," said Taylor. It saves money and it can be very beautiful, and it's sustainable."

The City of Lompoc is also urging its residents to help save as much water as possible.

Valle highlighted a new program the city rolled out just a few weeks ago.

"We have special programs we offer through the Lompoc Library," said Valle. "We do outreach with students in town. We give water conservation kits out. Shower heads and aerators are free for residents, books that teach kids how to conserve water."

He pointed out the messaging the city provides kids is positive in nature, rather than emphasizing on what they shouldn't be doing.

"Trying to make it a fun experience, more than a no, don't use that," said Valle. "We have a very lively community. If the community shows up, we're able to start the discussion, and they're engaged. They love it. Giving out kits like this gets kids amped up and especially for water conservation, that's a win-win for us."

Similar to Arroyo Grande, Lompoc offers its residents a number of other conservation programs, services and rebates.

All three city leaders interviewed echoed the same sentiments when it came to conservation, noting everyone needs to do their part.

"We need to be very conscious and try and limit your use, your showers, your washing machines, keep an eye on your irrigation timers," said Taylor. "We'll try get through this together and hopefully it rains this winter."