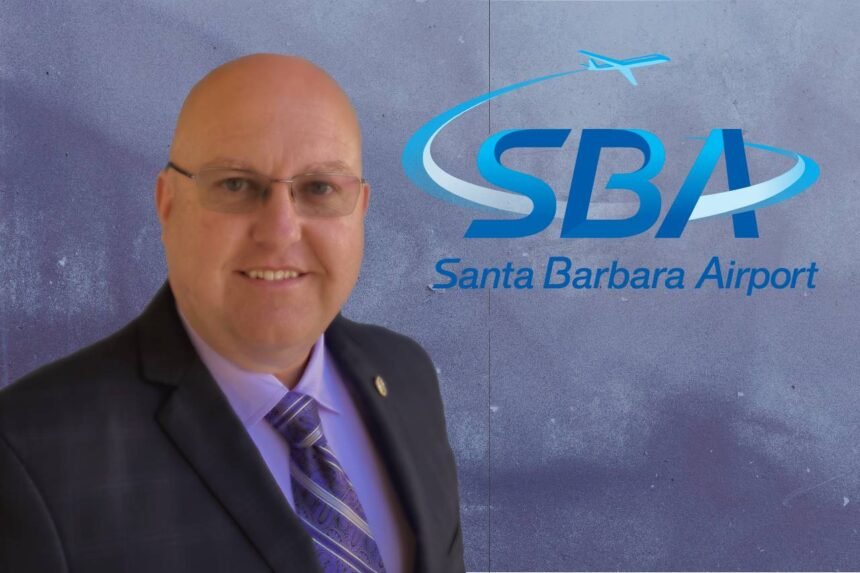 SANTA MARIA, Calif. -- The City of Santa Barbara has named Christopher Hastert as the new Airport Director for the Santa Barbara Airport (SBA).

He has spent the past 14 years serving as the general manager for the Santa Maria Airport (SMX), where he was instrumental in a number of successful projects.

"Santa Maria has just been a great place," said Hastert. "Being a special district, it's just amazing what you can accomplish, from the runway extension when I first started, which allows the DC-10 to come in for the U.S. Forest Tanker Base, all of the improvements that were done for the terminal and the ramp for the airlines. There's just an amazing amount of support from our board members to the staff to be able to get some of the major projects accomplished, like the new master plan. It's just been an amazing place to work."

On Jan. 10, 2020, Hastert, along with SMX and United Airlines, announced daily commercial service from airport would soon begin flying to Denver, Los Angeles and San Francisco. The new flights were scheduled to start later in the year.

However, the Covid-19 pandemic soon wiped those plans out, and United never began the new flights at SMX.

"Obviously, we had some success that was squashed by the pandemic, but to have that announcement for hub service to three airports during my watch was an amazing thing," said Hastert.

Hastert is a private pilot, with more than 30 years of airport and airport management experience, including military aviation experience.

The City of Santa Barbara said he was selected from a nationwide pool that included 42 candidates.

“Mr. Hastert’s experience demonstrates strong leadership, business and communications skills, as well as a focus on positively engaging with the community. We are pleased that he will be bringing those skills to the Santa Barbara Airport in this complex role,” City Administrator Rebecca Bjork said.

The new airport director joins a facility has enjoyed vast success over the past several years, adding several new carriers and destinations.

Hastert will begin his first day in Santa Barbara on Oct. 3.

The Santa Maria Airport Board of Directors has named Kerry Fenton as interim general manager. Fenton has worked at SMX the past seven years serving as the administrative assistant.

"I'm excited for my new role to step up and work with the Board for the future of the airport," said Fenton. "We'll continue our work and Chris is getting me up to speed on all the projects that we have going on. The new few weeks are going to be busy, but I think it's going to be exciting."

The SMX Board of Directors will begin a nationwide search for a new general manager and is hoping to fill the position by the start of the new year.