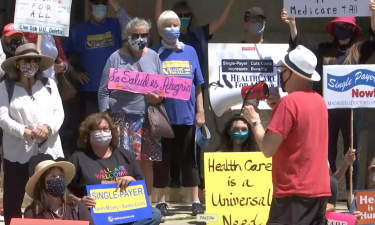 Design for this facility began all the way back in 2005 with groundbreaking on the showroom hangar and corporate offices commencing in 2018.

ACI said the design of the new facility was inspired by the coastal mountain region of California. Natural wood finishes combined with exposed steel and neutral colors created a space that they hope easily transitions travelers to the region.

The address of the new location, 4751 Aviadores Way, also has a story behind it.

The name was submitted by one of the company’s aircraft maintenance technicians in an airport-wide street naming contest. The Spanish word “aviadores” translates to “aviators” in English. ACI Jet said “Aviadores Way” commemorates the company's registered trademark: Aviators Doing Aviation®.

“We’re a company built by aviators, operated by aviators and dedicated to producing the next generation of aviators,” said Bill Borgsmiller, President and CEO of ACI Jet. “Aviadores Way is a lasting testament to the commitment we made more than twenty years ago: aviators turning our passion for flight into uniquely memorable customer experiences and community benefits.”

The street number, 4751, also has significance. On the morning of the Orange County Board of Supervisors vote to determine which FBO operator would secure a major lease at John Wayne Airport, Santa Ana, Calif. (KSNA), ACI Jet’s CEO was assigned the transponder code 4751 for his flight from San Luis Obispo to attend the hearing. Transponder codes are assigned by Air Traffic Control to identify aircraft on their radar scopes. Later that day, ACI Jet would be awarded the leasehold at the airport, paving the way for the next 35 years of operations at one of Southern California’s busiest general and private aviation airports.

“We brought these beautiful planes to San Luis Obispo Airport as we’ve grown our fleet and established our partnership with Bombardier as an Authorized Service Facility," said Kellee Valentine, ACI Jet’s Senior Vice President of Flight Operations. "Now we will showcase these planes and share the excitement and sense of adventure that aviation invokes with everyone who visits our facility.”

ACI Jet will also be offering up portions of its new facility for community events, as a treat to residents in San Luis Obispo. Views of nearby vineyards and coastal mountain ranges will be visible from their conference and meeting rooms, including a balcony overlooking the airport. 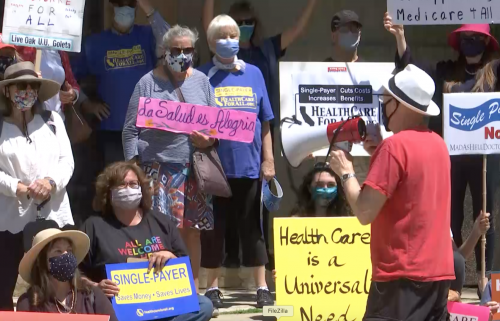