The event started around 4 p.m. at Mitchell Park where organizers spoke to the gathered crowd before marching to Mission San Luis Obispo.

Kaela Lee, a Cal Poly student and organizer of the protest, said before any meaningful change can happen the community must acknowledge the pain of Asian American and Pacific Islanders in the U.S.

"It's not that hard, acknowledgement that we do exist," Lee said, "We are a minority group and we do belong here."

"This needs to happen in San Luis Obispo city, it really does," said Mia Shin, who also spoke at the event, "there needs to be some heightened awareness."

Several other racially focused organizations were in attendance including Black Lives Matter.

"Too often now I've seen people use this as an oppression competition," said Lee while speaking to the gathered crowd at Mitchell Park, "Let me make this clear; that's exactly what white supremacy and the system wants you to do."

When the protestors arrived at Mission San Luis Obispo around 5:30pm, Shin asked everyone to participate in 6 minutes of silence in honor of the 6 asian women murdered in Atlanta two weeks ago.

The protestors then peacefully marched back to Mitchell Park.

Attendance was much higher than most at the event expected.

"There was triple the amount of people I thought would be here, so I'm suprised," said Ashley Fagan, a Cal Poly Student who attended the event.

According to the Center for the Study of Hate and Extremism, anti-Asian American violence and hate crimes increased 150 percent last year.

I am a photographer, videographer, and occasionally a multimedia journalist for KEYT in Santa Barbara. 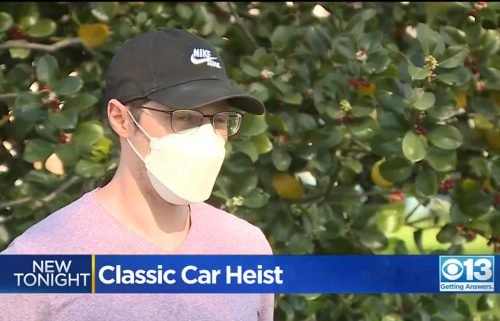