The project met some resistance from nearby residents of Pacific Crest Estates.

Their concerns stem from an already strenuous parking situation in the area and the potential for an increase in crime.

"You're really putting a lot of cars on the streets at Provence and Pergola and I just don't think that's doable," said the councilmember, referring to the overflow parking areas planned by the project.

Parking and traffic is an issue the council is already working to address.

"I think it's time we start shifting that mentality, especially given that our next item is the Santa Maria Access Transportation plan," said Councilmember Gloria Soto, "And its whole focus is to essentially make Santa Maria more walkable, bikeable, and ensure that people use our public transportation."

Councilmember Soto, who lives just a few blocks from the project's location, was excited to see the city doing more to provide affordable housing options to residents.

State law actually does not allow the council to reject affordable housing project proposals like this without adequate findings of negative impact.

Thomas Watson, Santa Maria City Attorney, reemphasized this point as the issue was brought to a vote.

"(We) don't believe that there's adequate findings to be able to deny the project," he said, "Now, you can ask for concessions. You can do some other things, but this project cannot be denied by state law."

Centennial Gardens will provide 160 units of affordable housing to the residents of Santa Maria. 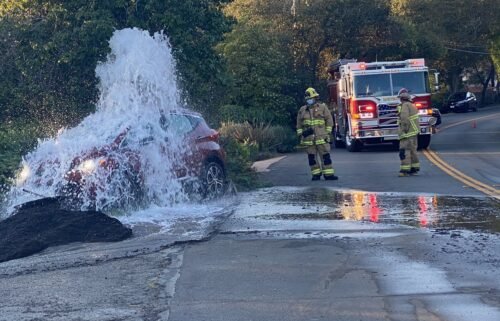