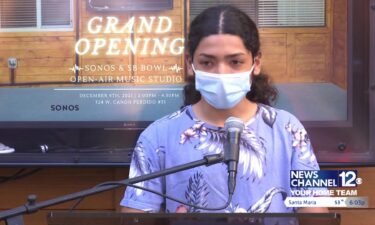 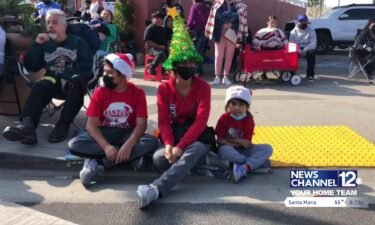 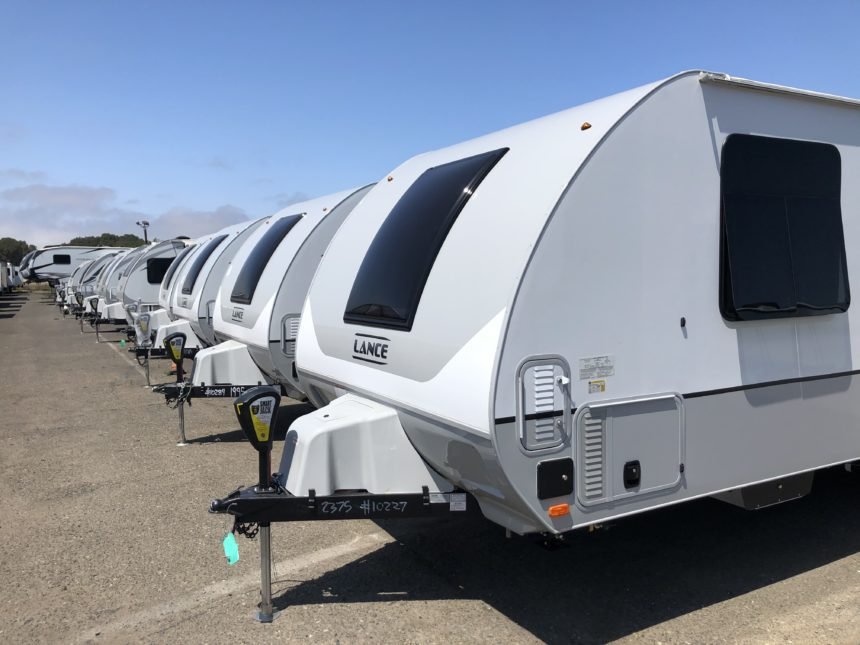 NIPOMO, Calif. -- It's been a year to remember for Central Coast RV dealerships.

The local businesses are racking up record number of sales over the past three months.

"We're setting records this year," said Michael Howard, Trailer Hitch RV general manager. "Since May, we've seen about a 300 percent jump in traffic in sales across the board."

The boom in business comes at the same time the nation is still in midst of the COVID-19 pandemic.

The health crisis has caused many to adjust the way they are vacationing.

"I think there's been some trepidation about travel," said Howard. "With an RV, it's your space to take wherever you want. It's your bed. It's your bathroom. It's your kitchen, and it's mobile."

Renetta Helms agreed. The Clovis resident picked up a brand new trailer she bought with her husband Eric at Trailer Hitch on Monday.

"We feel absolutely safe," said Helms. We're either outside or by ourselves really, so we're not in contact with a lot of other people, so it's nature and our trailer."

With an RV or trailer seen as a safer way to travel, sales of the units at Trailer Hitch RV in Nipomo have spiked.

Howard pointed out sales were very slow when the pandemic began early in the spring.

"That lasted about three weeks, and then the end of April came and we saw a complete reverse and the demand just soared," said Howard. "Typically, we'll sell over a little more 100 a month storewide and over the last two or months, we've been in the 250 to 300 range."

Demand have been so high, customers are having to wait several weeks for some models.

At Trailer Hitch, there are at least 30 customers that have placed deposits down and are now waiting for the delivery of their unit.

Valenzuela said the backlog can be attributed to several factors, including a manufacturing shutdown at the onset of pandemic, a new workflow at factories, and a shortage of drivers able to deliver the finished product to dealerships.

"They shipped over 40,800 plus units last month in the industry," said Valenzuela. "That's astronomically increased for this time of year given what the industry stats have been in the past."

As he looked around his lot along Highway 1, he added business is at its busiest level he's ever experienced during his 25-year career.

"We're selling six to seven a day some days, and if you look, this lot here behind me would have been full of product," said Valenzuela. We've had to put out a program to go out and find used RVs because the manufacturers can't keep pace. We're actually issuing cash for used RVs."

Both dealerships said buyers are running across all demographics, including many who are purchasing an RV for the first time ever.

It's the same situation at Sky River.

"Your neighbors are buying them," said Valenzuela. "Your friends next door. The people you go to congregation and church. The people who are teacher."

As the demand for RVs continues to grow, those in the industry are keeping their fingers crossed it doesn't end anytime soon.

"It's a great form of travel," said Howard. "It's still the most economical way to travel, compared to all the other styles. I think the new buyers that are coming in will continue. The average age of ownership for RV is typically three-to-five years before someone is looking to upgrade, so we look forward to seeing those customers back for their next RV."