All three states were fiercely contested in the 2020 election and saw record numbers of early and mail-in voters, many of them Democrats, after rules were relaxed due to the pandemic — triggering baseless claims of fraud by President Donald Trump and other Republicans that culminated with the deadly January 6 insurrection at the US Capitol.

Despite the absence of widespread security issues with mail-in voting, GOP lawmakers in all three states are arguing for added security and proposing steps that would make it harder to qualify for or cast mail-in ballots.

In Georgia, even Republicans who broke with Trump over his election claims are backing a party-sanctioned move to require photo ID. In Pennsylvania, the state GOP has moved to undo a 2019 law on no-excuse absentee voting. And in Arizona, lawmakers want to make voters re-request ballots each election.

The bills come in direct opposition to efforts that voting rights groups like the National Vote At Home Institute are advancing this year.

“I think they’ve been fed bad information about the availability, effectiveness and data as it relates to vote by mail. Absentee voting and vote by mail benefits all voters regardless of their political or partisan stripes,” Amber McReynolds, CEO of the group, told CNN.

The measures, if passed, could have a significant impact on upcoming 2022 midterm elections, as Republicans have failed to hold a majority in the Senate but have noticeably gained members in the House.

Jonathan Diaz, who is legal counsel for voting rights at the nonpartisan Campaign Legal Center, said the current push by some GOP-controlled legislatures to make it harder to vote in upcoming elections is part of what he described as a “long con,” by some Republican politicians.

“There were no allegations of fraud that were substantiated in the 2020 election,” he added. “There’s no reason to make voting harder, other than to give them a partisan advantage.”

Georgia Republican state Sen. Jason Anavitarte filed a bill Wednesday that would require voters to show photo ID when applying for and returning their absentee ballots — a move backed by Lt. Gov. Geoff Duncan, a Republican who like other top Georgia officials disputed Trump’s false accusations.

“I think the best step forward is just to look for an opportunity to create a photo ID process,” Duncan, who presides over the state Senate, said at a press conference on Tuesday. “I think that best fits the needs of 11 million Georgians, or at least the folks that are going to vote.”

David Ralston, speaker of the Georgia House, has also said he backs a voter ID law. Spokesman Kalen McMichen said the Speaker has appointed a Special Committee on Election Integrity as a result, “which will take a thorough, fact-based approach to examining our election processes and seeing if any changes need to be made.”

“Their goal is to ensure our elections are fair, accessible, secure and transparent,” McMichen said in an emailed statement to CNN on Wednesday.

“As soon as we may constitutionally convene, we will reform our election laws to secure our electoral process by eliminating at-will absentee voting. We will require photo identification for absentee voting for cause, and we will crack down on ballot harvesting by outlawing drop boxes,” said the state senate GOP when announcing their 2021 legislative priorities in December.

Legislatures in Minnesota, Nebraska and Wyoming are also currently considering voter ID laws. Overall, 36 states have laws requesting or requiring voters to show some form of identification at the polls, according to the National Conference of Legislatures.

In Pennsylvania, Republicans are looking to completely repeal a no-excuse absentee voting law passed in 2019 through the state’s GOP-led legislature.

State Rep. Jim Gregory, a Republican co-sponsor of the bill, told CNN that the goal is “not to fix what happened but to restore integrity and trust” back into the voting process.

“It’s about repealing it,” said Gregory. “The confusion that took place afterwards, and just the lack of faith in how things were run, is really affecting people’s belief and desire to want to vote again. That is especially true in my district.”

Gregory said he hopes that the bill will be the starting point to significant election reforms.

“We need to start the conversation somewhere, and so I’m going to throw out there a complete repeal and see where it goes, because you’re not going to get what you want when you begin the negotiation, but you’re hoping to get something more palatable,” Gregory added.

In Arizona, one GOP sponsored bill would repeal the state’s permanent early voting list — which allows a voter to automatically receive a ballot by mail for every election.

Another bill introduced by the chair of the state’s House elections committee, Sen. Michelle Ugenti-Rita, would remove voters from the PEVL who fail to vote in both primary and general elections in two consecutive election cycles and also don’t respond to a final notice.

Ugenti-Rita called the bill a “good housekeeping” measure in a phone interview with CNN and said it’s about “keeping an accurate voter list.”

“The individuals that may be removed, are individuals who have shown or have demonstrated that they don’t prefer that preference. They’re not voting by mail, so you cannot take something away from someone that somebody is not doing,” said Ugenti-Rita.

She also said that the election committee is considering several other election maintenance bills including one that would require voters to drop off their mail-in ballots before Election Day. 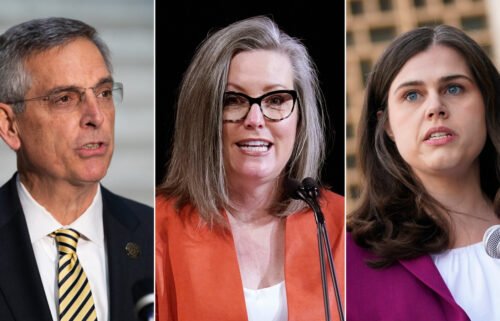 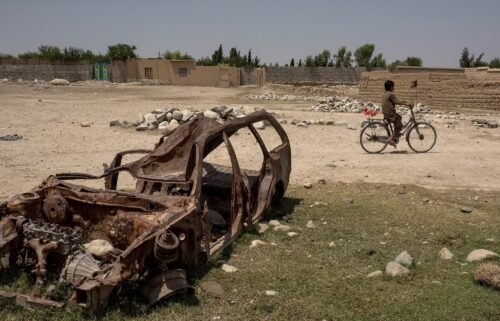