NEAR CARPINTERIA, Calif. - The widening of Highway 101 from Carpinteria to Santa Barbara has received a big timeline boost.

Work on the next phase begins June 6.

It will be a stretch of just over seven miles from Padaro Lane to Summerland.

Funding is also in the works for the final piece from Montecito to Santa Barbara, but decisions on that allocation will still have to be made by state and regional agencies.

The project involves adding an additional lane in each direction, to east the on going congestion in critical commute times during the week and on weekends.

A section of the new construction will be dedicated in honor or World War I veterans. It will be called the Blue Star Memorial Highway and will represent all branches of the armed forces. 108 new oak trees will be planted in their honor.

Congressman Salud Carbajal (D-California) said in the 1930's, local Boy Scouts planted oak trees and laid plaques for World War I Veterans. He said over the years the trees perished and the plaques went missing. The replacement trees and plaques will also come with a special designed median barrier with oak leaves and blue star plaques. Signs will be installed denoting the area for drivers.

Members of the Blue Star Mothers of America were on hand for the event, along with the Channel Islands Garden Club and Carpinteria Valley Historical Museum.

Caltrans and The Santa Barbara County Association of Governments (SBCAG) also announced a solid funding boost for the final phase of the project. It will be $50-million towards the improvements between San Ysidro Rd. and Olive Mill Rd. beginning Fall of 2022. 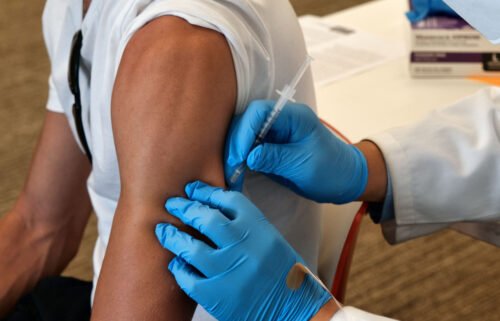