This storm came through our area as forecasted. Rainfall amounts in most local cities were 1-3” with higher amounts in some south facing slopes. Preliminary rainfall totals: SLO Cal Poly 5.44”, Refugio Pass 3.54”, San Marcos Pass 4.54”, Santa Maria 1.35”, Lompoc 1.18”, Goleta 1.33”, Santa Barbara 1.20”, Ventura 0.69”. As forecasted the storm also brought gusty winds and high surf. The winds and high surf will continue to weaken. Wind advisories and flood advisories have expired. High Surf warning for Central Coast expected to expire Tuesday at 2PM with an advisory until Wednesday for all beaches.

Precipitation will move out of the area by this afternoon then high pressure builds over southwest California starting on Tuesday for a warming trend that extends into Thursday. Cooler temperatures and a return of coastal overnight and early morning clouds returns on Friday and Saturday.

High pressure begins building over the area on Tuesday for slightly warmer temperatures and under sunny skies. Gusty northwest winds will continue some mountain areas, strongest Tuesday evening. In conjunction with the building high pressure, a surface high pressure builds over the great basin which will bring about some weak offshore gradients to the forecast area on Wednesday and Thursday. There will also be some gusty northeast winds through San Luis Obispo County on Wednesday.

Temperatures will warm into the 70s at the coast and 80s through the valley areas on the coastal side of the mountains on both Wednesday and Thurdsay, with Thursday being the warmest day of the 7 day forecast. .

The upper level ridge moves east of the area on Friday as another upper level trough, though much weaker than the current trough, moves into the west coast. This will bring a return to onshore flow, cool temperatures for all but far inland areas, and coastal stratus on Friday. 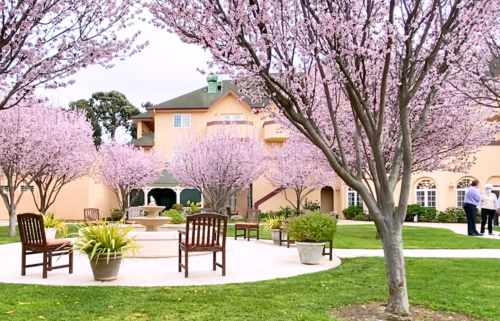