Temperatures continue to warm slightly as a ridge moves over the state. Temperatures will be at or close to normal in the 60s. Paso Robles may see some morning fog, but the rest of the region is off to a clear start. High clouds will make for partly cloudy skies by midday.

It is a particularly chilly morning with low temperatures at or near freezing, and there is a frost advisory in effect across the Central and South Coasts, in the Santa Ynez Valley, and in the valleys of Ventura County.

A high surf advisory has been extended to Friday afternoon on the Central Coast with waves up to 12 feet. It will likely be extended over the weekend as well.

By evening, an inside slider, or trough, on the border of California and Nevada, will develop. It will bring cool air advection, northerly flow and windy conditions to the region. The South Coast may see advisory level winds Thursday.

By Saturday, the ridge and offshore flow will weaken. A little trough will move over northern California, barely brushing San Luis Obispo County and bringing a small chance of rain.

The larger chance of rain will be Sunday night into Monday as a moister trough moves through the region. There is an additional system moving through on Tuesday afternoon, which could also bring rain late Tuesday into Wednesday. 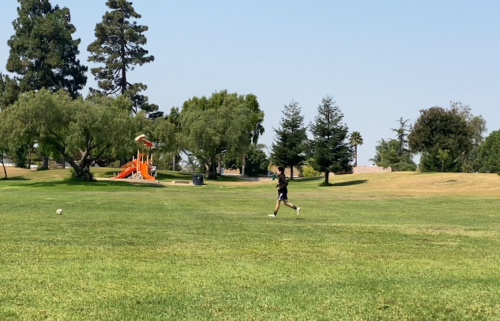