DACA, which was established in 2012 through an executive branch memorandum under President Barack Obama, protects undocumented immigrants who were brought to the U.S. as children. DACA prevents them from being deported and allows them to legally work in the U.S.

DACA protections must be renewed every two years, and do not provide permanent legal status to recipients.

U.S. Citizenship & Immigration Services says that California has the most DACA recipients of any state with more than 180,000. It estimates nearly 4,000 are in Ventura County and 3,000 are in Santa Barbara County.

“These families are finally gonna be able to finally, you know, get a bit of relief, at least for at the moment,” said Abraham Melendrez, a Santa Maria policy advocate for Central Coast Alliance United for a Sustainable Economy (CAUSE). “Especially with everything else going on, it’s really nice to have good news.”

“I have family members who are on DACA,” said Eder Gaona-Macedo, Executive Director for Future Leaders of America. “I have colleagues… Locally, there's a lot of folks who depend on it. And it's not just them, but it's also families that depend on the livelihoods of DACA students."

“We really wanna make sure that not only do we protect DACA recipients, you know, permanently—so creating the path to residency, or even to citizenship—but also making sure that we're protecting their parents, their grandparents, you know, their family members who maybe are not under DACA,” Melendrez said.

Gaona-Macedo added additional steps he'd like to see beyond that. He wants to abolish U.S. Immigration and Customs Enforcement (ICE) because it is "terrorizing" immigrant communities.

“There's a lot of work to do,” he said. “This is only just a very small step in a very huge systemic problem that we need to address."

Some critics say, however, that Congress should be tougher on immigration.

“I’m sure this ruling provides some comfort for the children who were brought to the United States of America illegally by their parents,” said California Republican Party Treasurer Greg Gandrud. “But this underscores the importance of Congress taking action to decide who should be allowed to enter our country legally and which immigrants should be allowed to become citizens. Congress also needs to make sure our borders are secure from human trafficking and drugs and weapons and diseases."

Some local politicians praised the decision.

“DACA gave nearly 800,000 young immigrants a shot at the American dream. Dreamers represent the best of our American values and their contributions make our country stronger. Today, the dream is alive once again."

Cal Poly president Jeffrey Armstrong addressed the decision in a statement Thursday, saying in part that the university is "deeply committed" to its undocumented and DACA students and staff.

Allan Hancock College released a similar statement, saying it supports DACA and the "right of all students to obtain a higher education." 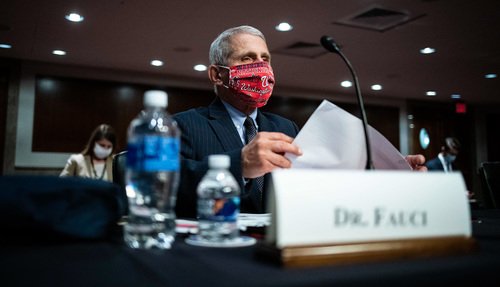