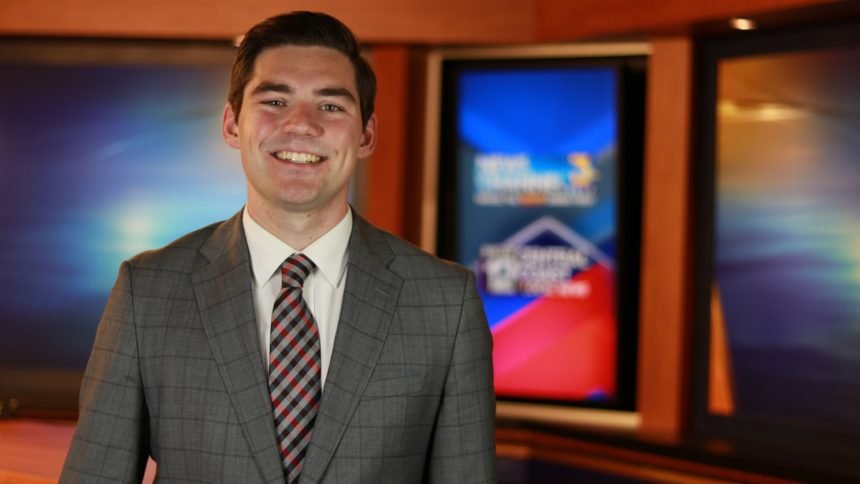 Ryan joined the KEYT NewsChannel 3, NewsChannel 12, KKFX Fox 11 team as a multimedia journalist and weekend sports anchor in July 2018. In 2019, he added weather forecaster to his growing resume.

Before moving out West, Ryan worked as an NBC Page in New York City. As a Page, Ryan took on a variety of roles in news production, including editing news promos for WNBC, working as a producer with TODAY anchors and audiences, and producing segments for CNBC’s Fast Money and Halftime Report. He also worked behind the scenes on comedy shows like Saturday Night Live and Late Night with Seth Meyers.

Ryan put his passion for sports on display while interning at Sports Illustrated, where he covered major national sports stories and leagues including the NBA, NFL, and college basketball. He also covered a variety of sports at WNUR, his college radio station. It was there that Ryan hosted a weekly sports radio talk show and provided play-by-play and color commentary for several games.

Ryan is originally from the Chicago area and graduated from the Medill School of Journalism at Northwestern University with a degree in journalism and a minor in history. His favorite sports memories include watching the Cubs (finally) win their first World Series title since 1908 and the Northwestern men’s basketball team qualify for its first-ever NCAA Tournament appearance.

When he’s not covering a story or a game, Ryan enjoys making lame jokes, piña coladas and getting caught in the rain.