SANTA BARBARA COUNTY, Calif. - With fire season picking up, central and south coast firefighters are helping out departments in other parts of California.

Crews are stationed up at the Electra Fire in Amador County.

For the nearly 4,500 acres the Electra Fire has burned so far, Santa Barbara County Fire has its hands up north.

“We have resources out there, so we have five type-3 fire engines up there, which are 4-wheel-drive fire engines that have a lot of wild fire capability," said Santa Barbara County Fire's spokesperson Scott Safechuck.

As for the Washburn Fire which is swarming Yosemite National Park, one medic from Montecito Fire is currently aiding the growing flames.

This is the third strike team this year that county fire has sent.

“As we get deeper into fire season with critical field conditions and drought conditions throughout the state, we are always having people out,” said Safechuck.

“With our recent history with fires within the state, all of the resources are accustomed to these large scale incidents now,” said Cal Fire spokesperson Diana Swart.

At 85% containment, no structures damaged, and the top priority to now mop up any hot spots at the Electra Fire, firefighters will get time to either rest or head out to the next set of flames.

Reed Harmon is a reporter for News Channel 3-12. To learn more about Reed, click here. 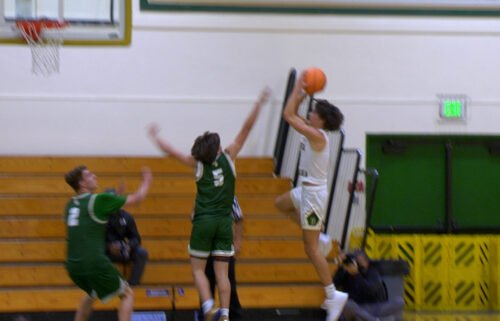