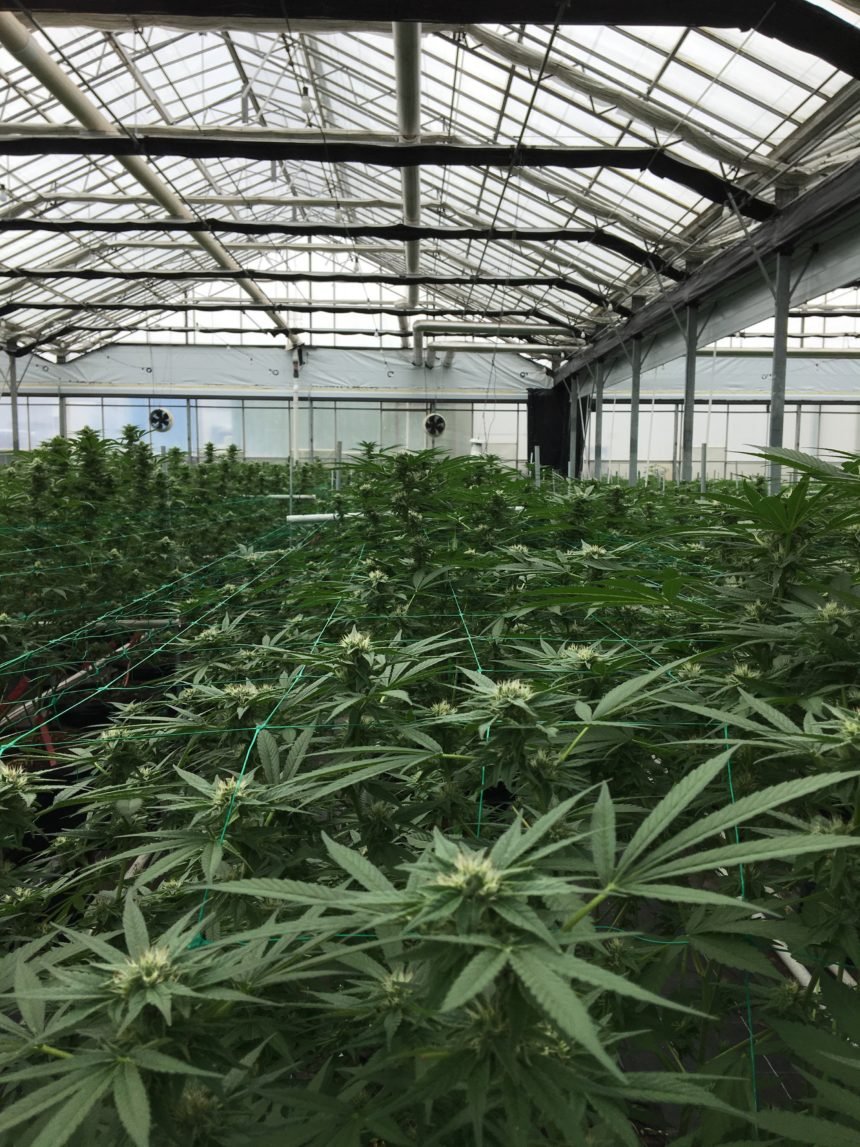 From July 1, 2020 to June 30, 2021, cannabis taxes are expected to bring in slightly more revenue to the county than sales taxes. In a budget report presented to the county Board of Supervisors on Tuesday, the County Executive Office said that cannabis tax revenue would help avoid layoffs, prevent library closures and reductions in hours, and pay for pandemic-related programs.

In addition, the board set aside $500,000, largely in cannabis tax revenues, for an “equity fund,” to help address racial inequality and discrimination.

Nearly 90 percent of an estimated $271 million in tax revenue for the county’s general fund in 2020-21 will come from property taxes, the budget report shows. Sales taxes, bed taxes (paid by hotel visitors) and cannabis taxes will make up about 4 percent each – relatively small but important revenue streams, officials said.

“They’re not big until you take them out of the mix,” Jeff Frapwell, assistant County Executive Officer and budget director, said. “They’re not insignificant dollars.”

The budget report estimates total losses to the county from the pandemic at $52 million for the current and the coming fiscal years, including the loss of state sales taxes that were earmarked for public safety under Prop. 172. The county will seek federal reimbursement for up to 75 percent of the shortfall.

By drawing from reserves, general fund balances, Southern California Edison settlement monies and cannabis taxes, the county will save 135 jobs from the cutting block in the coming fiscal year, Frapwell told the board. That includes $6.6 million in cannabis revenues for 42 jobs, he said – 18 in the child welfare division of the Department of Social Services, and 24 in the Sheriff’s and Probation Departments and District Attorney’s and Public Defender’s offices.

The two supervisors who have most championed the cannabis industry –Steve Lavagnino, who represents the Santa Maria Valley, and Das Williams, who represents Eastern Santa Barbara to the Carpinteria Valley, where residents are clamoring for tighter controls on cannabis greenhouses – said that the revenues from cannabis justified their often unpopular positions.

“I’ve asked myself, ‘Is it worth taking the abuse for supporting the cannabis industry?’” Lavagnino said on Tuesday. “There’s a lot of negative press and loss of political support. But when I look at the budget this year, I think it’s worth it. I thank our lucky stars it was in place this year. We still have a lot to do to mitigate the impacts of the industry, and that’s why I will continue to work to get it right.”

And in an interview, Williams said: “I do think that all the political abuse I’ve taken in the last couple of years is shown to be worth it, when we’re going to be able to help keep people safe and employed during what is becoming the worst economic downturn in our lifetime.”

But, Williams added, “I remain committed to weeding out folks who can’t adhere to the rules. I’m not going to vote for every operation that’s out there in the Carpinteria Valley. We have standards to maintain.”

(On Thursday, June 11, the board will consider a recommendation from the county Planning Commission to require stricter zoning permits, called conditional use permits, for all cannabis cultivation and processing.)

The budget that was approved by the board on Tuesday allocates 35 percent of 2020-21 cannabis tax revenues, or $3.7 million, to enforcement and regulation of the industry itself. Specifically, it earmarks $1.7 million for the Sheriff’s Department, $680,000 for administration and tax collection, $531,000 for the District Attorney’s office, $393,000 for Planning & Development, $137,000 for County Counsel and $100,000 for Public Health and as part of the cannabis program.

(Additionally, the industry pays county licensing and permitting fees: in the current fiscal year, these totaled $2.1 million, half of which went to county Planning & Development).

The board opted not to fund a request from the county Sheriff’s Department for $1.2 million to form a second Cannabis Compliance Team, comprised of one sergeant, four detectives and an administrator. The department’s existing team conducts background checks on cannabis growers and their employees and carries out raids on illegal operations.

According to the budget report, most of the county’s cannabis revenue is slated for one-time costs “until there is stability of cannabis operations in the county and market impacts are known.”

“We think it’s important not to mainstream the revenue until we have some history and we know which operators make it through the permit licensing process,” Frapwell said.

To date, the county has issued only 20 zoning permits for cannabis cultivation and processing, while 189 applications are in the pipeline. About 260 acres are under cultivation, primarily by growers who claim “legal, non-conforming” status as they apply for county permits.

In all, the county will spend $14.6 million in cannabis tax revenue in the coming fiscal year, including carryover funds from 2018, 2019 and the current fiscal year. In addition to the cannabis-related expenses for enforcement and regulation, the funding to backfill county staff positions, and the new equity fund, the budget will include $3 million in cannabis revenues for COVID-19 response, such as tracking and tracing, paid leave for employees, and temporary shelter and alternative care sites, should there be a major resurgence of the disease.

Finally, cannabis taxes will provide $659,000 for county libraries and $195,000 for two long-range planners during 2020-21. One of the new planners will study utility-scale solar energy, and the other will look at amendments to the cannabis ordinance, Williams said.

Melinda Burns volunteers as a freelance journalist in Santa Barbara as a community service. She offers her news reports to multiple local publications, at the same time, for free.