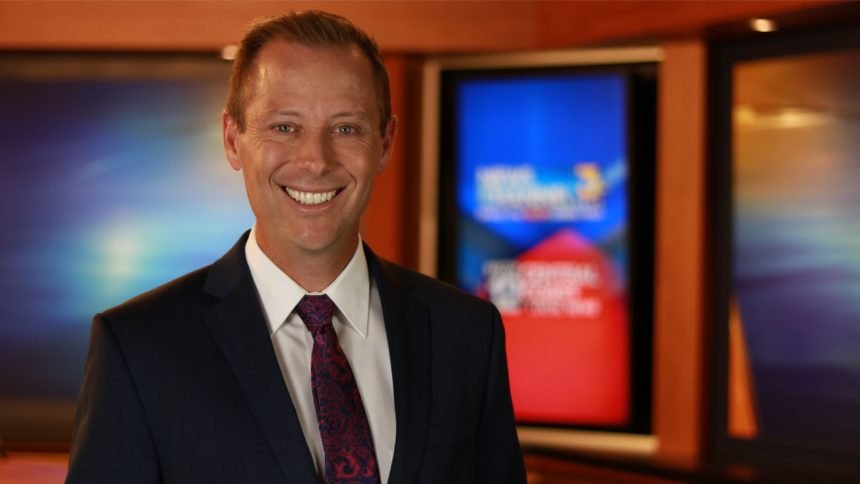 Journalism grabbed hold of me at an early age. It started with the sports page where I would follow my favorite baseball team each morning. The Oakland A's were the best story in sports and a dream for a 12 year old boy in Alameda who loved baseball. On October 17, 1989 the game changed when the earth shook and the World Series stopped. With freeways crumbling and fires dotting the city, I saw for the first time how important local news is to a community in need of information. It left an imprint that guided me towards the only profession I would ever pursue.

I've been most proud to be part of this exceptional team of journalists during times of crisis that shook our community. We were first on the air with vital information moments after the May 23, 2014 attacks in Isla Vista that killed six people. The pleas of a father who lost his son demanding, "Not one more" rang out and would help lead to a gun violence restraining order law in California that allows family members to have guns removed from people who pose a threat to themselves or others. We won a Golden Mike Award for our coverage of that tragedy.

In 2015 an environmental disaster hit the south coast. Standing on the shore reporting live, I can still vividly recall the sight and smell of 140,000 barrels of crude oil that left a black mark on pristine Refugio Beach.

We have a wall in our newsroom lined with pictures of destructive fires that changed our communities. We remember the names Whittier, Chimney, Canyon, Alamo, and Thomas not just for the damage they did, but for the amazing firefighting efforts, and the way people pulled through them together. Our team was on the ground for all of those fires and many others, providing people with up to the minute information to keep them safe. We won an Emmy for our breaking news coverage of the Thomas Fire, which at the time was the largest fire in California history.

Opportunities to connect with people in the community have led to some of my favorite moments. We often take NewsChannel 12 "On the Road" to special events like the Santa Maria Elks Rodeo, Downtown Friday's, and the Santa Maria Strawberry Festival. It's great fun to get out and highlight some of the unique things to do on the Central Coast.

You can see me anchoring the 5, 6 and 11 p.m. news nightly on NewsChannel 12, and the 10 p.m. news on Fox 11. I also contribute to our "Eye on Crime" segment, and file feature reports on people who are doing good things in the community. If you have a story idea please reach out through email or social media.

Prior to joining NewsChannel 12, I was with KESQ and CBS Local 2 news in Palm Springs, California. I covered the first summit at Sunnylands with Barack Obama and Chinese President Xi Jinping. I broke the news about the sale of the BNP Paribas Open tennis tournament to Larry Ellison, and I was lucky enough to interview many of my favorite athletes and entertainers. I also worked for KREX-TV in Grand Junction, Colorado where I covered my favorite football team, the Denver Broncos.

I got my start in broadcast news as an intern and a freelance journalist for NewsChannel 3 while I was a student at UC Santa Barbara. My wife and I met when we worked for the Daily Nexus on campus. She was a copy editor who improved my writing straight away, and improved everything else in my life in the year's that followed. We have two children and feel lucky to be able to raise them here.

I enjoy volunteering with local nonprofits like Serve Santa Maria, CALM, 5 Cities Homeless Coalition, and the Santa Maria Valley Humane Society. In my free time I love to play tennis, go to concerts, and take our dog Daisy out to enjoy the outdoors in this beautiful place we call home.