Republican Sen. John Barrasso of Wyoming, the ranking member on the Senate Energy and Natural Resources committee, confronted Haaland about a tweet from October 2020 in which she said that Republicans don’t believe in science. Barrasso pointed out that he and several other Republican members of the committee are medical doctors and called the remark “concerning.”

“Do you think that as medical doctors we don’t believe in science? How do you stand by this statement,” Barrasso asked.

“Senator, yes, if you’re a doctor, I would assume that you believe in science,” Haaland replied.

Barrasso also said that he remains “troubled” by some of Haaland’s positions on climate and energy issues, saying that her views are “views that many in my home state of Wyoming would consider as radical.”

The Democratic congresswoman from New Mexico is a historic pick and would be the first Native American Cabinet secretary if confirmed by the Senate. But Democrats and White House officials told CNN ahead of the hearing that they anticipated it would grow tense as some Republicans have already spoken out critically against her.

If confirmed, Haaland would be part of Biden’s plan to tackle the climate crisis and reduce carbon emissions. Biden has proposed an ambitious climate agenda that seeks to end carbon emissions from power plants by 2035 and proposes broader public investment in green infrastructure, including $2 trillion for clean energy projects.

The US Department of the Interior conserves and manages the nation’s natural resources and cultural heritage, as well as oversees the federal government’s relationships with Native American tribes.

Republicans have repeatedly said that the Biden administration is going to kill jobs through its clean energy agenda, which Haaland supports. Democrats plan to counter that Haaland’s home state of New Mexico depends on oil and gas revenue to fund its schools and help its economy.

Republican Sen. Steve Daines of Montana said at the hearing that he is “concerned” about proceeding with the nomination. “The track record, the ideology in the past, I think, will perpetuate more divisiveness and will certainly harm Montana’s economy. That’s why I have some concerns,” he said.

A key question for the future of the nomination is whether Joe Manchin, the chair of the Energy and Natural Resources Committee and one of the most conservative Senate Democrats, will support it. Manchin is not getting ahead of the hearing — he has not yet said if he will vote to confirm Haaland.

In his opening remarks, Manchin said he believes a president deserves “wide latitude” in the selection of his Cabinet nominees, but added, “I also take the Senate’s constitutional obligation to advise and consent to the President’s nomination seriously,” Manchin said as he welcomed Haaland to the hearing.

Haaland highlighted her history-making nomination during the hearing, saying in her opening remarks, “The historic nature of my confirmation is not lost on me, but I will say, it is not about me. Rather, I hope this nomination would be an inspiration for Americans — moving forward together as one nation and creating opportunities for all of us.”

Haaland directly thanked Manchin for convening the hearing and “sharing with me the issues and needs of the people he represents in West Virginia.”

Alaska Republican Rep. Don Young introduced Haaland at the hearing and argued that she can work in a bipartisan way.

“I think she is a friend and as a member of this administration she’ll do a good job. She’ll work for us, and she’ll reach across the aisle,” Young said.

An official with the confirmation process told CNN that Democrats are making the case for Haaland that focuses on her bipartisan legislative record and extensive work with public lands and wildlife. Perhaps most importantly, expect her supporters to argue that Haaland believes that every job is important — and that oil, gas, and coal jobs will remain an important part of the US economy as transition toward a clean energy future.

Republicans have expressed concern over her stance against new leases for oil and gas drilling on federal land and over the fact that she has supported the Green New Deal, a progressive policy proposal championed by progressive Democratic Rep. Alexandria Ocasio-Cortez of New York. Haaland has said in the past that she “wholeheartedly” opposes fracking and drilling on public lands and is a House co-sponsor of the Green New Deal resolution.

At several points during the hearing, Haaland declined to give her personal opinions — in the face of questions from Republican senators — saying instead that she would work in service of Biden to carry out his administration’s agenda.

Haaland represents New Mexico’s 1st Congressional District, which covers most of Albuquerque. She made history in 2018 when she was elected as one of the two first female Native Americans in Congress.

The nomination marked a major victory for an alliance of progressives and Indigenous leaders who campaigned relentlessly to elevate one of their own to a powerful federal seat that oversees natural resources, public lands and Indian affairs. Haaland’s fierce advocacy for climate justice policy and Indigenous rights has made her a champion of the new left.

Before she ran for Congress in 2018, Haaland, a single mother, joined the protests against the Dakota Access Pipeline project, which was charted to pass 1,200 miles from North Dakota to Illinois. The pipeline was routed under a reservoir near the Standing Rock Sioux Reservation, leading to legal challenges and, eventually, mass demonstrations and an encampment that brought together Indigenous and environmental activists from around the country.

Republican Sen. John Hoeven of North Dakota asked Haaland about her position on the Dakota Access Pipeline, noting how she had once joined the protests against the project.

“Senator, yes, I did go to stand with the water protectors during that — several years back,” Haaland replied. “The reason I did that is because I agreed with the tribe that they felt they weren’t consulted in the best way. I know that tribal consultation is important, and that was the reason that I was there.”

Pressed on her current position on the project, Haaland acknowledged it’s an “important issue” and stressed that “whenever these projects come up that we absolutely should make sure that we are consulting with tribes if in fact these projects do affect their lands, their sacred sites and the like.”

Hoeven later asked if Haaland would recuse herself from matters related to the Dakota Access Pipeline in the future, if confirmed. Haaland said she’d listen to the advice of lawyers at the Interior Department if there are any issues.

Supporters and opponents of the nomination have been working to press their case in the lead up to the hearing.

The Global Indigenous Council and the Rocky Mountain Tribal Leaders Council have launched a campaign in support of Haaland in states that represent key senate votes and where senators have voiced criticism of the nomination.

Billboards featuring Haaland have gone up in Montana, where Republican Sen. Steve Daines has said he is “concerned” over the nomination, and will also appear in West Virginia, Wyoming, Utah and South Dakota.

Kathleen Sgamma, president of the Western Energy Alliance, said in a statement ahead of the confirmation hearing “Rep. Deb Haaland has shown hostility to the very oil and natural gas development that sustains the state and district she represents.”

The confirmation hearing comes as several other high-profile Biden nominees have come under scrutiny.

Biden’s nominee to lead the Office of Management and Budget Neera Tanden is in jeopardy as she faces criticism over her past partisan rhetoric on social media. And Xavier Becerra, Biden’s pick for Health and Human Services secretary, is expected to face sharp questioning at a confirmation hearing Tuesday. Becerra’s pick has been controversial since the start, in part because he does not have a direct background in health care.

This story and headline have been updated with additional developments Tuesday. 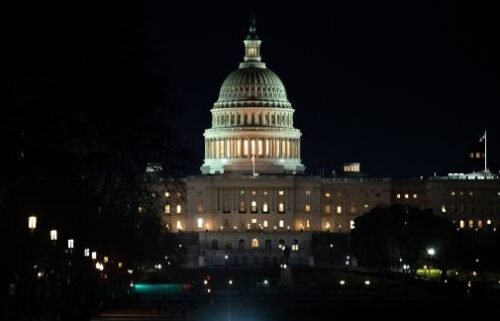 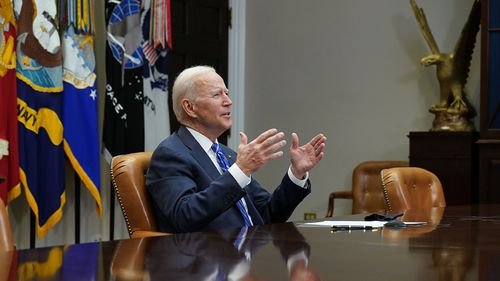 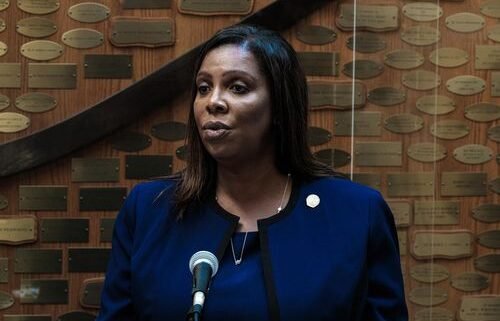