"Previously it was a very beautiful, vegetated, shaded area," said Shirin Tolle. "Beautiful mature Bay Trees, Oak Trees. When SCE went in and did their grading, they basically took an entire cliffside down and created an extreme rockfall hazard that would be highly dangerous to the public."

Tolle said she and her UCC colleagues were working on a supplemental environmental report linked to the damage and were "completely surprised" when the SCE settlement was announced.

"At no time were we told who the defendant in the case was."

The DA's press release stated that their office and the Environmental Protection Unit reached a "global settlement" to resolve civil and criminal actions stemming from the 2019 grading project and ensuing environmental damage.

SCE will pay a $3.5 million civil penalty, $875,000 of which will fund supplemental environmental projects in the community. SCE admitted to criminal violation of a California Water Code for discharging a pollutant into Mission Creek and, violating the California Fish and Game code and the California Business and Professions Code.

The damage stemmed from a road maintenance and widening project on more than a mile and a half of Spyglass Ridge Rd. along Inspiration Point trail above Tunnel Rd. between December 4 and December 16, 2019. An SCE crew used earth moving equipment to grade the road and remove huge swaths of vegetation. Massive piles of rocks and mounds of debris were repeatedly dumped into Mission Creek during that nearly two-week span.

Early morning hikers were among the first to notice the scope of the environmental damage and "heartbroken" at the sight.

Before long, the Environmental Defense Center (EDC) and city and county agencies were notified.

"Mission Creek flows right down the heart of Santa Barbara so any material dumped in the creek is going to find its way down the creek into the city and that can pose problems in terms of flooding, in terms of plugging up culverts where the bridges cross our creeks," said Brian Trautwein with the EDC, a short time after the damage was made public.

"So they (SCE) had to go back in and engineer it and put a rockfall drapery which is just basically a big wire mesh over this cliffside," said Tolle. "And, I gotta tell you, it's not pretty and it's gotta be up there long-term. SCE is going to have to maintain it so this is definitely something that was taken from the people, from the city and county of Santa Barbara and all of the people who've come to this beautiful spot over the years. But, it's gone now."

Tolle credited the county for clearing out the debris basin below and said that will help catch boulders from rolling down into homes and properties below during heavy rains.

"The potential for downstream damage is just going to be longterm," said Tolle. "There's going to be a lot of sediment that's going to damage the habitat for any sort of aquatic life for quite some time. So, it's not the big debris. It's more like the little, fine sediments."

Meantime, Tolle said the bulk of the rocks and boulders will remain in the creek. 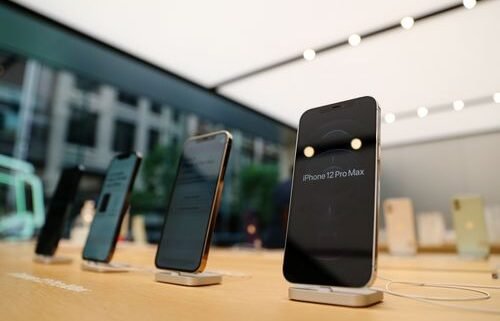