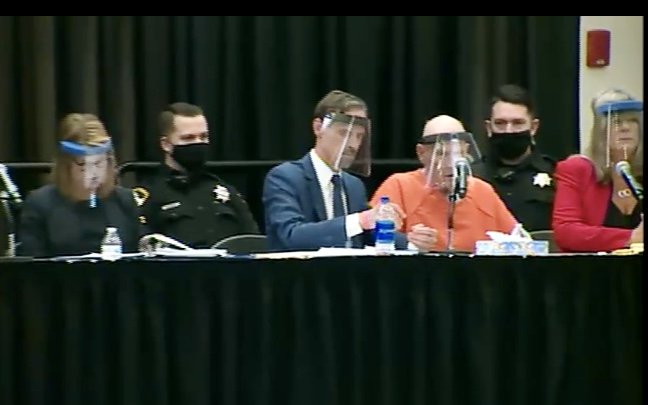 Debbie Domingo was 15 when her mother Cheri was raped and murdered on July 27, 1981 in a home on Toltec Way near Goleta. Her boyfriend Greg Sanchez was murdered, too.

On Monday, Debbie Domingo and Santa Barbara County District Attorney Joyce Dudley and others watched Joseph James DeAngelo Jr. ,74, plea guilty to their murder and the murders of a dozen others inside a converted space at Sacramento State University that allowed physically distancing during the COVID19 pandemic.

Dudley blew Debbie a kiss while commenting after the hearing. Dudley said she hopes this can be the beginning of the healing process for Domingo and all the others victims and survivors.

The man known as the "Golden State Killer" pleaded guilty to 13 felony counts of first-degree murder and 13 felony county of kidnapping to commit robbery during a 13 year crime spree that began in the 1970s.

The former police officer admitted to killing Dr. Robert Offermen and Debra Alexandria Manning on Dec. 30, 1979 in a condo on Avenida Pequena, just a few blocks from Toltec Way.

He also admitted to killing and raping Charlene Smith and killing her husband Lyman Smith on or about March 13, 1980 in Ventura County.

Ventura County District Attorney Greg Totten said Smith, a former deputy district attorney was law firm partner was by all accounts on the cusp of being appointed to the California Supreme Court. He had three children who adored him including a 12 year old son who found the bodies.

Totten said his daughter Jennifer traveled to Sacramento to watch the hearing in person on Monday.

Totten said Smith's wife Charlene was known for her zest and passion for life and was said to the happiest she had ever been in her life.

DeAngelo also admitted to 161 uncharged crimes involving 48 victims and 32 crime scenes. They were crimes that could not be charged due to the statute of limitations.

The pleas and admissions are part of a plea agreement that will spare him the death penalty.

Prosecutors said during his 2018 arrest that DNA from the Ventura County rape led to the capture of the man they described as a serial killer and serial rapist.

One district attorney called him a real life Hannibal Lector, another said he was pure evil.

The Sacramento District Attorney said for people who grew up in the area he was the "Boogie Man."

A neighbor on Toltec Drive, around the corner from one of the many crime scenes, said Karma finally caught up with the killer.

Another neighbor, who remembers watching the bodies being brought out the morning after the killings chose not to comment, but appeared glad the case was coming to a close after so many decades.

Although Totten is in favor of the death penalty, he said they chose to seek the punishment that was in the best interest of the survivors and victims.

He said it was not about money, since justice is priceless to the survivors.

Many witnesses are no longer alive and a death penalty case could take years, if not decades.

Some people have suggested DeAngelo is faking his fragility, they are certain he will die in prison.

"The Golden State Killer" is scheduled to be sentenced on August 21, 2020 following victim impact statements set to begin on August 17. The location has not been decided and could involve Zoom due to the Coronavirus. 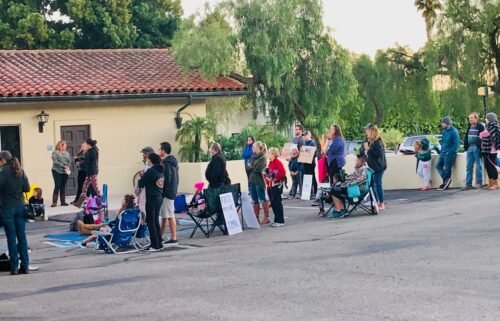