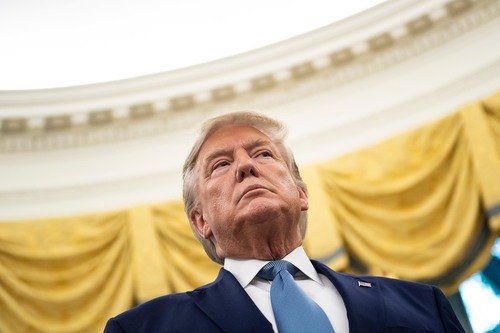 History will be made tomorrow as America's third impeachment trial get underway.

Law professor John J. Thyne III said it is worth learning about.

"I think it's going to be well worth watching it is our version of the royals it is our national political drama and irrespective of what side of the aisle you sit upon."

The professor at Santa Barbara and Ventura schools of law expects the Presidents defense team to act quickly.

"I think the President's defense team will request a motion to dismiss, I don't think the trial will have the votes to dismiss so it will launch into the senate trying to develop rules of this particular proceeding.

The articals were overturned in the case of President Andrew Johnson and President Bill Clinton.
He said similar accusations were made against President Nixon who resigned before the articles could be voted upon.

The President has already said he won't be watching and some of his supporters feel the same.

Caroline Abate said, "Watching the impeachment is not something I'm going to do . I'm going to organize to help him get re-elected in 2020 that's a much better use of my time and every voter's time."

Others want to see what happens.

Isabelle Coulter/ impeachment supporter said, "I would like it to be, ya know, the beginning of the end, like that is it, there is no need to drag this any longer"

It would take a two thirds majority vote in the U.S. Senate to remove a sitting President from office.

The trial will be live streamed and broadcast on a pool or shared camera starting at 10 a.m.