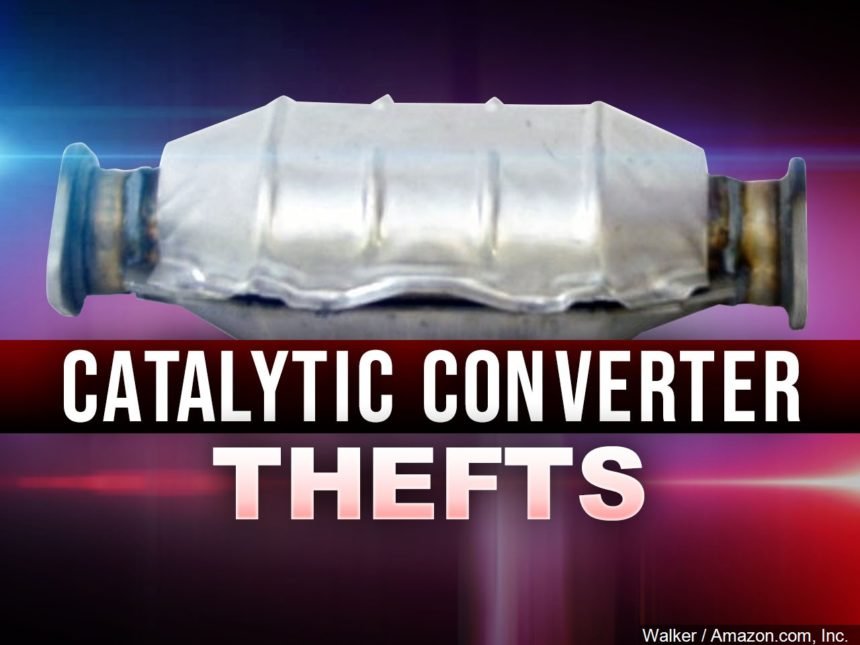 SAN LUIS OBISPO, Calif. - There has been a spike in catalytic converter thefts across the country, and in parts of the Central Coast.

It's a crime where a thief gets underneath a parked car and cuts off a part that's there to reduce pollution. Without a catalytic converter, when a car is turned on the exhaust will often make a loud noise like a jack hammer.

Stolen catalytic converters can be sold for hundreds of dollars to shady scrap yards. It's precious metals that thieves are after. Catalytic converters are made of palladium and rhodium. Their prices have soared to record highs as car emissions rules get stricter around the world and demand for the materials grows.

We reached out to police departments up and down the Central Coast, and San Luis Obispo said they have definitely seen a surge, with several catalytic converters reported stolen in the last few weeks.

"It's a trend that goes in a cycle and recently we've seen them on the uptick," said San Luis Obispo Police Lieutenant, John Villanti. "The interesting thing is it's occurring both daytime and night-time. Generally more during the night, but we are seeing them steal them in broad daylight."

Police are asking the community to keep an eye out, and call them if they hear an unusual noise like the grinding of a saw that could be someone cutting out a catalytic converter. Thieves can get in and out with the part in just a couple of minutes.

Police are hopeful to get some security camera footage that could lead them to an arrest.

The Toyota Prius has been a top target of thieves recently.

Getting a catalytic converter replaced can cost a couple thousand dollars. It's generally covered by auto insurance, but people get stuck paying the deductible. Police say if you can park in a garage or a well-lit area that can help reduce the risk.