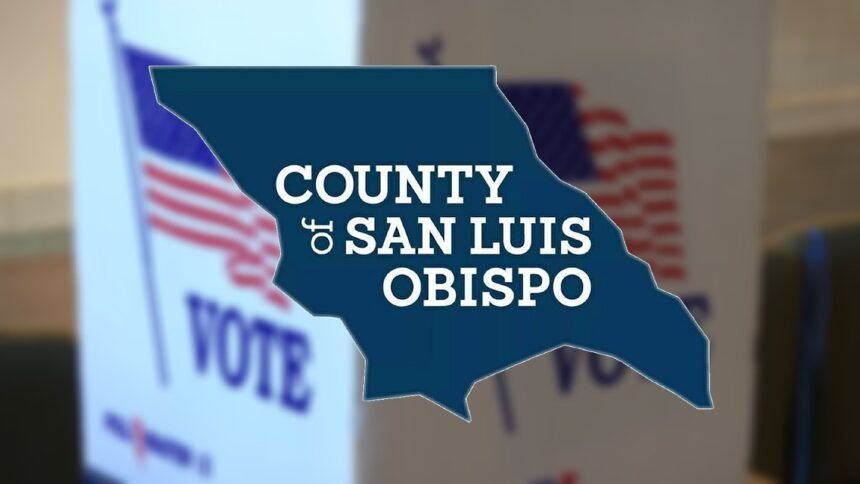 "Things are going great," said Acting Clerk-Recorder Helen Nolan late Tuesday morning. "We've had a lot of people calling the call center to find out if they can vote in person, if we've received their ballot, if we're able to verify that we have not received another ballot for them. We've got lots of people showing up at the elections counter behind us, so it's turning out to be an exciting day so far."

After working in the San Luis Obispo County elections office for 16 years, including the past five-and-a-half years as clerk-recorder, Gong announced his resignation in June in order to take a similar job in Contra Costa County.

Following Gong's departure, Nolan, who was serving as the deputy clerk-recorder, was appointed as acting County Clerk-Recorder.

Gong, who was first elected as county clerk-recorder in 2014, said he decided to accept the new job to be closer to his parents after years of working in San Luis Obispo County.

His resignation came within a month of being the subject of a racial slur directed towards him at a Board of Supervisors meeting.

During a May meeting to discuss the county's future election process, a caller questioned if Gong was a member of the Chinese Communist Party.

The slur followed months of blistering attacks on Gong by some in the county who questioned his handling of the 2020 Presidential Election.

Some critics complained about the integrity of the election, directing much of their concern over the county's use of Dominion voting machines.

On Tuesday, some voters like Lisa Fiske of Arroyo Grande, continued to express doubt about the election process.

"I'm not confident," said Fiske. "I'm just concerned. I don't know if my ballot is going to be counted or not and I'm really afraid."

Fiske indicated she had not received a ballot in the mail despite several phone calls to the elections office.

She came to the San Luis Obispo County Government Center Tuesday morning in order to vote in person.

"The quality assurance that my vote is going to be counted safely, that my ballot is going to be safely counted, and how they're doing it, and I've never had to worry in my life before," said Fiske. "I'm just really worried."

Other voters are expressed faith in the process, as well as the current leadership in place.

Nolan is hoping county voters are trustful of the clerk-recorder office and its ability to conduct a fair election.

"Our office is non-partisan," said Nolan. "We operate and we conduct elections in the most fair, honest, secure, safe, transparent way that we possibly can. We are here to answer any questions and we're happy to have observers come in and see what we do."

Nolan added that she and her staff are open to answer any questions, as well as provide access to the public to watch the vote

"The public is welcome to come in and watch us," said Nolan. "We have security in place, of course, so it's not about protecting our processes from the public, in fact, we invite the public in to see our processes, and answer questions, and show them what goes on behind the scenes."

In July, Supervisors voted to conduct a search for a permanent replacement that will conclude in October.

The first election results will be announced sometime shortly after the polls close at 8 p.m.