Since the catastrophic mudslide in Montecito last week, Highway 101 has been shut down, causing business to suffer in places like the longtime Buellton restaurant that’s located about 40 miles north.

“Business is down about 20 percent,” said owner John Oltman. “For the weekend that we just went through, the holiday weekend, about 25 percent. It was really significant for me and everyone that works here.”

Having the freeway shutdown is a big concern for the many travel-related businesses in the Santa Ynez Valley, including hotels, restaurants, gas stations, wineries and other attractions.

Buellton has long been a popular stop for motorists traveling on the busy freeway and is feeling the negative impact of fewer cars passing through.

“People as they go by very often they’ll come by to have food and a break,” said Oltman.

However, less traffic means fewer customers and a decrease in sales. It’s a situation that will continue for days to come.

The closure remains indefinite. Caltrans said in a release today Highway 101 will remain closed for at least another week.

The shutdown to the important roadway came just ahead of the three-day Martin Luther King Jr. holiday weekend.

“Vacations like this, like Martin Luther King is an important winter-time influx of money because we’re going to get out of this three-day weekend and get back into the slower period of the month,” said Oltman.

Oltman added it’s not just sales that are being affected by the closure. He said deliveries, which are having to be re-routed to Interstate 5, are also impacted.

“It’s just crazy the logistics of food delivery,” said Oltman. “It has turned out to be quite a challenge for them.”

With no known date the freeway will re-open, Oltman is already thinking about what may lie ahead.

“If this is going to become an extended problem, I’m sure that I would have to adjust my labor force and everything,” said Oltman. “My hours of business would be adjusted. It would greatly impact myself.”

A few miles down Highway 246 in Solvang, the situation is similar. Business is also being impacted by the shutdown.

“It is a little bit emptier,” said Casa Cassara Winery owner Dan Cassara. “We’ve been in a couple of restaurants and bars and other places and they are a little bit more empty.”

The closure is especially troublesome for Cassara, who said a majority of his business comes from people who have their access essentially blocked.

“I would say that more than half of what comes through here on any given weekend is from LA or Orange County down there,” said Cassara.

He added that business is about 15-to-20 percent down from normal.

“We’ll probably be slow until they open it back up again,” Cassara said.

As he waits for the road to re-open, Cassara is like many business owners in the area. He’s keeping a positive attitude and hoping 101 will be cleared as soon as possible.

“There’s not a lot I can do about it,” said Cassara. “We’ll have to rely on the Amtrak and those who want to come around and maybe have our association do a little more marketing towards the north.” 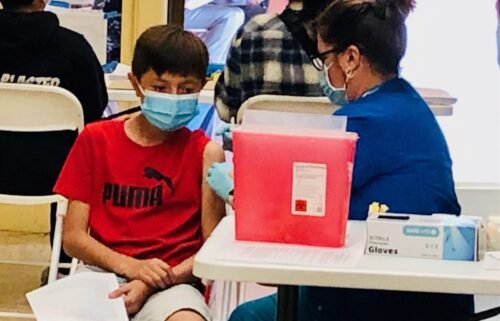