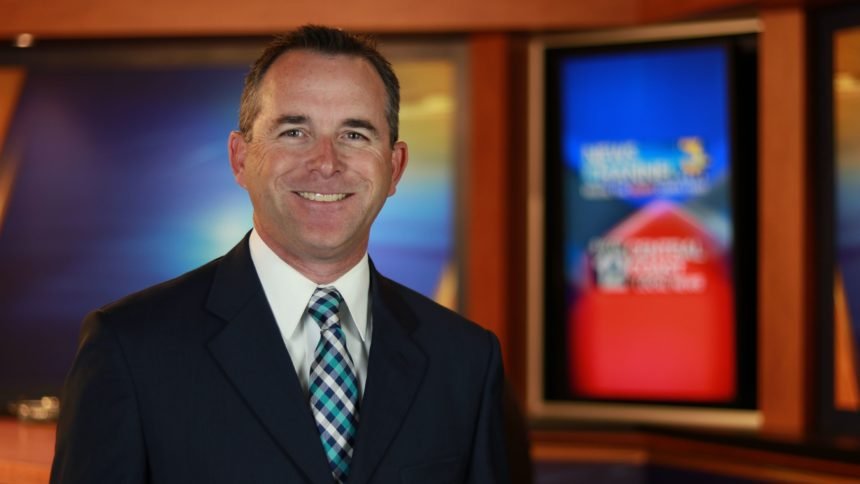 A longtime staple at News Channel 12, Dave Alley has worked at the station in various roles dating all the way back to 1997. His current position, which is based out of the Santa Maria newsroom, is News-Sports Reporter/Community Affairs.

A native of Pismo Beach, Dave is proud to call the beautiful Central Coast home. The Arroyo Grande High School graduate got his first taste of the media working at KGUR radio while attending Cuesta College. After earning his Associate of Arts Degree in Telecommunications Speech, Dave moved to Chico State University, where he earned a Bachelor's of Arts Degree in Communication Design.

Following graduation, Dave broke into the business when he was hired as a production assistant at KCOY. After a year, he was promoted to news photojournalist, a position he held for three years.

In 2000, Dave moved in front of the camera for the first time to become weekend sports anchor. After three years in that role, he moved up to sports director, a position he would hold for the next eight years. During his long tenure in the sports department, Dave covered athletics at every level, from youth to high school to college to professional.

Dave is particularly proud of serving as the main anchor and producer of the Friday Night Blitz football show for 12 years. In 2012, he was the first-ever person to receive the President's Award for the Northern Santa Barbara County Athletic Round Table.

In 2012, Dave shifted from sports back to news to become a multimedia journalist for the evening newscasts. Six months later, Dave was promoted to main anchor of the Channel 12 morning newscast, Wake Up Central Coast.

After two years on the morning desk, he moved into his current position, which allows him to report news and sports stories and also serve as the community liaison for News Channel 12. His duties include representing the station at community events and fundraisers, as well as speaking engagements, including at school career days and local service clubs. He also heads up the News Channel 12 Turkey Drive each year, which annually benefits thousands of people in need in San Luis Obispo and Santa Barbara counties.

Away from the station, Dave enjoys traveling, golfing and spending time with his family. His passion, strangely enough for someone who grew up on the sunny Central Coast, is hockey and his beloved Los Angeles Kings. Watching the Kings win the 2012 Stanley Cup championship ranks as his all-time favorite sports memory. Dave serves as a youth sports volunteer in South San Luis Obispo County and is a board member on the Eagle Athletic Foundation for Arroyo Grande High School. Dave and his wife, Crystal, have three children.