SANTA BARBARA, Calif. - A dream to have a backlot plaza at the historic Granada Theatre in Santa Barbara is about to become a reality.

The area is fenced off for the soon-to-be-developed project next to the back side of the landmark theatre. It is between the parking garage and the multi-story building built in 1924.

"Plaza Granada will add a welcoming entry to the cultural heart of Santa Barbara," said Caren Rager, President of the Granada Theatre, at the groundbreaking ceremony.

A mixed set of parking and other parcels connected to the theatre, stores, and restaurants has been sorted out  and the area will soon be a vibrant new plaza.

Developer and Montecito Bank & Trust Founder the late Michael Towbes,  a philanthropist who was a key funding source for the Granada's past renovations envisioned this plaza years ago.

"This transformation was the dream of the late Michael Towbes and we are honored to finally realize his vision," said Palmer Jackson, Granada Theatre Board Chairman.

Architect Brian Cearnal said the land behind the theatre for years was a "labyrinth" of parcels with several owners. That has been sorted out with various access points still available.

"Santa Barbara is so about "Paseos" and we're finally going to make this a real paseo that is going to celebrate the performing arts of the Granada Theatre and be a safe place, a safe place for people using the Granada Garage," said Cearnel.

He recalled the walkway and back area as a dark area in the past, and it "filled with water" in storms.

The walkway between the back of the Granada Theatre and State Street is where a new mural will go and stretch out about 150 feet. There will also be new lighting components.

Shovels full of dirt were turned and the timeline has begun for construction. It should be done in June.

The $2-million dollar project is paid for through fundraising.

It's a perfect fit with another big project nearby.

"That's the library plaza across the street," said City Administrator Paul Casey. "We're getting close to raising funds through a public private partnership and just further enhance this as a kind of an arts , educational and cultural center of downtown."

Nearby this area of downtown also has the Arlington Theatre, the New Vic Theatre and the Museum of Art.

The Granada has rich history in Santa Barbara. At eight stories, it was large enough back in its day to cause the city to restrict future building heights to 60 feet. The building design by A.B. Rosenthal was built by a construction company owned by C. M. Urton.

After it opened on April 9, 1925 it later survived the 1925 earthquake that left hundreds of other buildings downtown in shambles.

From that came the new look to Santa Barbara with the Spanish-tile, historic paseo concept. 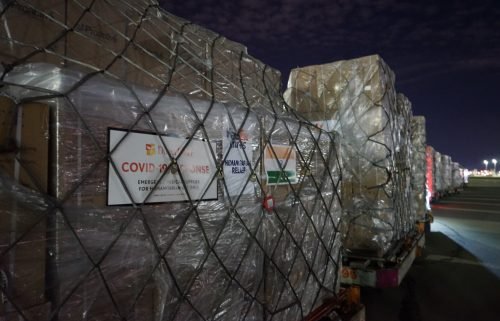 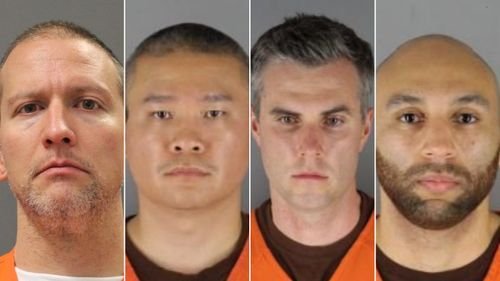