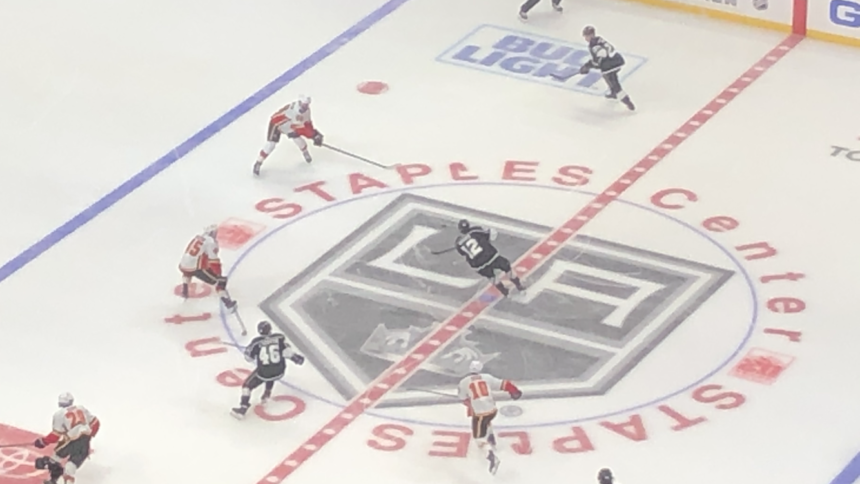 LOS ANGELES, Calif. -- It’s a royal homecoming for Trevor Moore. The 24-year-old is the new kid in a familiar town.

Moore came to the Los Angeles Kings via trade with the Toronto Maple Leafs on February 5th. LA sent veterans Kyle Clifford and Jack Campbell to Toronto in exchange for Moore and two draft picks.

“I grew up watching the Kings, I came to a lot of games" recalled Moore. "My dad had season seats. You know it’s always the dream to in the NHL. Playing for my hometown team I grew up rooting for is amazing.”

Moore grew up playing for the Ventura Mariners in Simi Valley, CA and the L.A. Selects in Lakewood, CA. Then he left SoCal early as a high schooler to play junior hockey in Nebraska and college hockey at Denver University.

“Just watching these guys out there, see [Anze] Kopitar on the ice sometimes, it feels like I’m watching him back in our season seats, but now I’ve got better seats. So it’s pretty special to be out there with those guys and you know playing on a line with [Dustin Brown] Brownie was really fun,” said Moore.

For the 24-year-old, Wednesday's game was his first true home game since he was a teenager.

“It’s weird. Usually I’m only here on vacation, so it’s kind oh weird to switch your brain to work mindset with your with my family. You know I went to bowling league the other night so it was kind of weird to wrap my hockey life with my home life together. But it’s been good. It’s great to see my family.”

In his second game as a King Moore scored the lone goal in a 4 to 1 loss at Madison Square Garden against the New York Rangers, becoming the second Angeleno to score for the LA Kings.