SANTA BARBARA, Calif -- Several new reports show leasing in the core of downtown Santa Barbara is up and a turn around maybe be taking place after about three years of declining activity.

The latest analysis is coming from the Hayes Commercial Group. It says, for example, a four block area in downtown from the 600 to 100 block shows lower leasing costs, 35 percent below 2016.

With that there is an increase in businesses coming in.

Overall the State Street retail storefront vacancy has seen a drop for five consecutive quarters according to the report.

The City of Santa Barbara recently had a similar report showing the vacancy rate at 10 percent with a forecast of a single digit rate by the end of the year.

At a council meeting recently, the Radius Group spoke to city leaders and said different blocks have different activity that may not be clear to the passerby.

Some vacant spots are leased but activity to convert them hasn't begun and other spots that are open are ending their leases.

The large sites such as the three story Macy's and the Staples building remain empty.

The very large former Tonic Nightclub has been leased by M Special Brewing and work is underway to convert that site in the 600 block near Ortega.

The former Samy's Camera has been leased to a multi-use food concept.

Institution Ale is expanding to an address next door with a beer garden.

Pascucci has moved from the 700 block to the 500 block with a grand opening expected this month.

A $20-million dollar upgrade at the Paseo Nuevo Mall continues after work was paused for the holidays.

The owner of Lokum, a Turkish delights and baklava business at 1019 State Street says he was able to shift his Turkish import business to a new address nearby and convert the space for the food concept that's gaining in popularity.

Bulent Derdiyok says he was able to finish the construction project in about 10 months and did not have any serious problems with the City's permitting process.

All of the food products at Lokum are imported. There's also a developing gift business for its desserts.

Bulent said he did months of research before expanding with a business that has had success in Monterey and New York prior to Santa Barbara.

The site is an eye catcher with large Turkish lighting fixtures and bright display cases with colorful delights and baklava.

Regionally the report shows a very low vacancy in Carpinteria with Procore holding down many addresses in the commercial zone.

For those looking for large buildings, Goleta appears to be the last remaining area on the south coast with some choices, including sites at the Plaza Center and the Magnolia center. 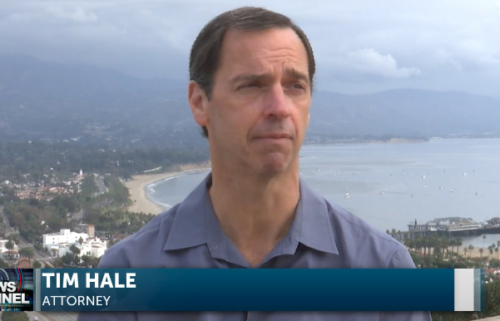