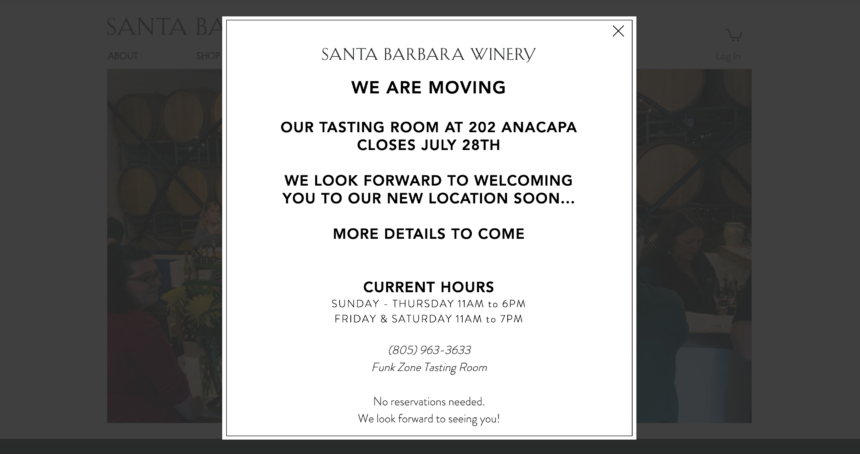 SANTA BARBARA, Calif. — Dozens of wine tasting rooms are scattered throughout Santa Barbara’s Funk Zone. Many within a couple of steps from the next. It’s a key part of Santa Barbara’s Urban Wine Trail.

This week two wine tasting room stables are closing in the Funk Zone, one with their fate unknown. On Sunday Oreana Winery closed its doors after two decades on Anacapa Street. Across the street, Santa Barbara Winery will be closing its doors Wednesday and moving locations.

Another Santa Barbara County winery is expected to move into the Funk Zone. Their opening date hasn't been announced yet.