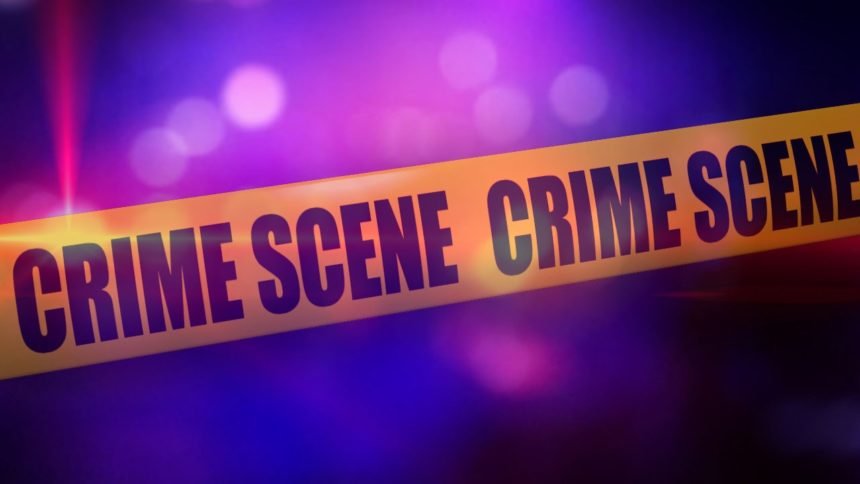 SANTA BARBARA, Calif. - Santa Barbara Police have made an arrest in a fatal stabbing on the Eastside Thursday evening about 9:20 p.m. It took place on the corner of Voluntario and Cacique St.

No charges have been filed at this time, but the suspect is being held on suspicion of murder and a parole violation.

Numerous officers and the detective division were called out to investigate the gruesome stabbing that left blood over nearly a full city block.

The weapon used has not been described other than a sharp object.

It's not known what led police to the suspect.

NewsChannel will release information about the suspect when he is charged.

"It is just really  unfortunate that these things continue to happen in the city of Santa Barbara that have so many resources," said Councilmember Alejandra Gutierrez.

Details are being kept tight.

"I can not speak to if the victim or if the subject knew one another.  It  is far too premature but   evidence that we collected last night led us to the culprit," said Santa Barbara Police Community Engagement Manager Anthony Wagner.

Evidence including photographs and video surveillance along with the questioning of neighbors took hours.

Some officers worked overtime after their regular shifts and others were called in.

Wagner said, "some edged weapon was used to stab the male victim. I can't tell you what that edged weapon was."   He did not say if it was found.
It's not known where the arrest was made.

The crime scene was gruesome with blood in the street, on the sidewalk and on the side of a car.

Neighbors have started to place flowers in the area of the fatal attack.

One resident said the man killed was in his 30's and not seen around the area very much.

Benny Navarro said, "to me he didn't say much.  He was a quiet guy.  Not knowing what happened this is a shock."

Gutierrez said, "these are things that are out of our control.  The fact that it happened about 9:30 -10:30,  this is our local store.  This is where I buy water.   Anybody could have been caught up in the middle of this."

She called for the community  to focus on solutions to violence and programs to make the future safer for the children who live and go to school nearby.

"I understand how things like this play out in the neighborhood and I hope that this is not one of others that are going to come," said Gutierrez.

She says more community and police collaborations are expected in the coming weeks and talks are underway with Police Chief Lori Luhnow on programs involving officers.

Santa Barbara Police spent all night Thursday investigating a fatality in the area of Voluntario and Cacique St.

A man who suffered a substantial loss of blood was found unresponsive in the area. Multiple police units, fire and AMR came to the scene. Officers did not immediately locate the victim and followed the blood trail.

The victim was transported to Cottage Hospital and died later.

Police say it was a stabbing.

No other details of the crime scene have been released.

Several blocks were cordoned off with yellow tape for hours.

Last night police were going door-to-door with a team of detectives seeking information from neighbors. Surveillance video from nearby businesses was obtained and reviews.

In June of 2019, about two blocks away, another fatal stabbing occurred.

Santa Barbara police responded to reports of a man bleeding from the chest at Cacique and Voluntario. Initially, police called the situation a homicide, but then later said the victim was alive but unresponsive.

Around 9:30 p.m. on Thursday night, police first received calls about the unresponsive man. It's unknown if the injury is due to a stabbing or gunshot wound.

Police are reviewing video surveillance in the area and will be working throughout the night.

The suspect is still outstanding.