SANTA MARIA, Calif. - A local grocery store worker is speaking out about people leaving used disposable gloves and mask in store parking lots, exposing them and others to more risk.

“Gloves are everywhere, people are not cleaning up after they go to the store. They are just dropping stuff as they leave left and right,” said FoodMax employee Kevin Brewer.

Other community members are outraged to see massive amounts of used gloves left on the streets, sidewalks and in shopping carts.

“There were just tons of gloves, thrown in baskets and thrown on the parking lot ground and just scattered everywhere, and it's a real health hazard,” said Lompoc resident DA Taylor.

Community members say the Santa Maria Costco and Lompoc Walmart have been other areas where the gloves and masks are being left littered about.

“I'm in enough risk being out there helping to make sure there is enough stuff for people to buy,” said Brewer.

The family members of these essential workers are asking the public to do better.

“Keep my husband safe by doing the right thing – throw away your gloves and mask. You have to think about other people's families,” pleaded Jillian Brewer, wife of Kevin Brewer.

“Everyone who is doing this is leaving a risk for the people who have to clean it up,” said Taylor.

Grocery store managers want to remind the public that by leaving dirty, used gloves lying around, it not only jeopardizes employees, but also causes more exposure to food and items in the store.

“I end up just going to pick it up and it's another point of contact. I run more risk of either bringing it home or spreading it somewhere else in the store,” said Brewer.

All used gloves and masks should be put in a bag and thrown in the garbage for proper disposal.

“We all have potential to die from this and we all need to be very focused on what we can do individually and as a group to protect the rest of the community,” said Taylor. 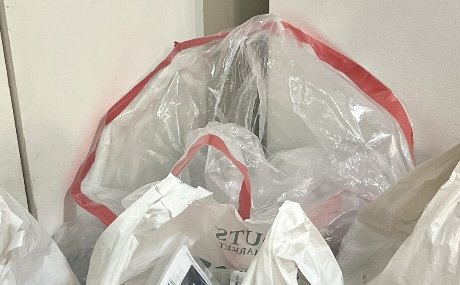 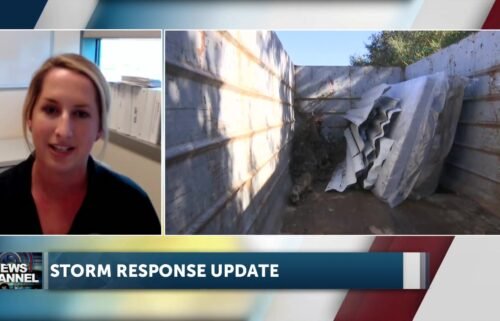 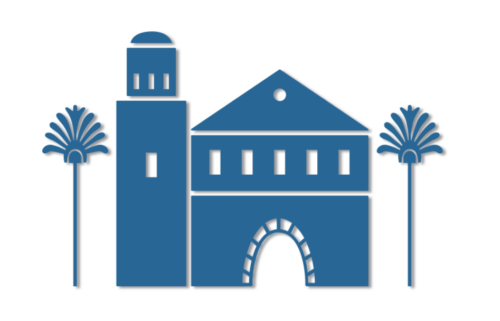