America is in a far better place now than it was six months ago in its fight against the coronavirus pandemic, with overall cases and deaths down, according to the latest data.

It shows that vaccines are effective, experts say, although they have some protection limitations when faced with more aggressive virus variants.

The Delta variant, which can spread more easily and cause even more severe disease than other strains, has been a major concern for health experts who are worried about those who remain unvaccinated.

That variant, first identified in India, has been found in 49 states and Washington, D.C., according to GISAID, an independent data sharing initiative, and the Hawaii Department of Health. South Dakota did not report cases of the variant as of Wednesday, a state health department spokesperson told CNN.

To be sure, the US Centers for Disease Control and Prevention has said there’s a low chance people who are fully vaccinated may get infected with virus variants.

And any illness could be shorter or milder if one is fully vaccinated– but the keyword is “fully” because a second shot is essential for optimal protection against variants.

“Please get your second shot,” CDC Director Dr. Rochelle Walensky said Friday in an interview with the National Public Radio.

“What we do know is you get some protection from the first shot, but really that second shot gives you breadth and depth of vaccine coverage to really be able to tackle this Delta variant and other variants as well.”

More than one in 10 people in the US who received one dose of the Pfizer/BioNTech or Moderna vaccine have missed their second dose, according to CDC data.

“If you missed your second within the time window, get it whenever, get it now, but do get that second shot,” Walensky added.

“The virus is still with us,” Los Angeles County Public Health Director Barbara Ferrer said at a news conference Thursday. “Even now, we need to be careful to mask and maintain distance from people outside of our households, especially if they’re not yet vaccinated.”

President Joe Biden took note of the variant’s dangerousness in remarks Thursday, warning that the variant is “now the most common variant in America.”

“And unvaccinated people are incredibly vulnerable,” he said, underscoring that the Delta variant is “more easily transmittable,” and “potentially deadlier and especially dangerous to young people.”

In the US overall, the Delta variant has accounted for about 21% of cases in the two weeks ending June 19, according to CDC data.

More than 151.6 million Americans are fully vaccinated, according to CDC data on Friday, which is nearly 45.7% of the total US population.

Distribution of some antibody treatments are paused due to variants

It’s not only the Delta variant that is complicating matters for health care providers.

The increase of cases due to the Gamma or P.1 variant first identified in Brazil, and the Beta or B.1.351 variant first identified in South Africa, are being cited as the reason for a pause in nationwide distribution of certain monoclonal antibody treatments from Eli Lilly, according to an announcement on Friday from the US Health and Human Services Department (HHS).

In May, federal regulators had paused the distribution of these treatments to eight states where there were a high number of variant cases. Eli Lilly’s single monoclonal antibody treatment bamlanivimab was put on pause in March. In April, the company had asked the FDA to revoke its emergency use authorization of the single antibody treatment, so it could focus on its combination treatment.

The Beta and Gamma variants now make up at least 11% of the cases in the US, and case numbers are increasing, according to CDC data.

Meanwhile, the US Food and Drug Administration added a warning about the risk of the heart inflamations known as myocarditis and pericarditis to fact sheets for Moderna and Pfizer-BioNTech Covid-19 vaccines Friday.

The warning notes that reports of adverse events following vaccination suggest increased risks of both types of inflammation, particularly after the second dose.

Vaccine advisers to the CDC met Wednesday and said there is a likely association between the mRNA Covid-19 vaccines and rare cases of heart inflammation in adolescents and young adults.

However, the risk is rare: Following about 300 million administered doses of Pfizer and Moderna vaccines through June 11, the CDC has received roughly 1,200 preliminary reports of myocarditis and pericarditis.

Advisers urged that the benefits of vaccination outweigh the risks, and almost all the cases resolved with little treatment and patients recovered quickly.

The FDA is advising those who receive one of the two vaccines to seek immediate medical attention if they experience “chest pain, shortness of breath, or feelings of having a fast-beating, fluttering, or pounding heart after vaccination.”

Both the FDA and CDC are monitoring reports of these adverse events and will follow up to assess longer-term outcomes, the FDA noted. 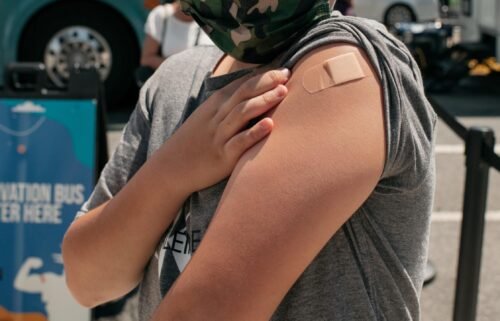 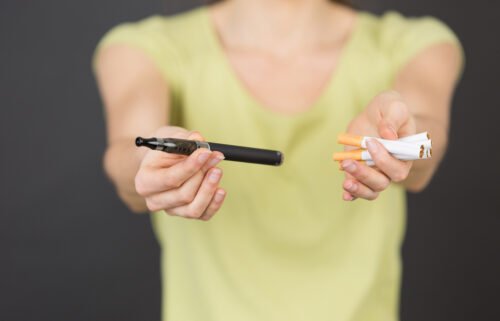 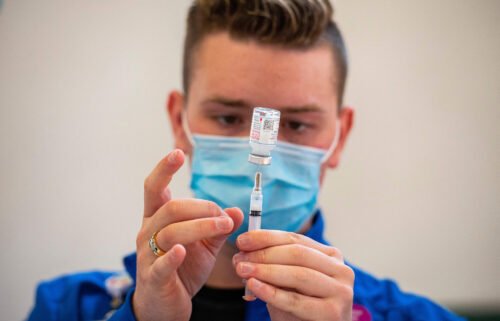