SANTA BARBARA COUNTY, Calif. - The Santa Barbara County Public Health Department announced Tuesday morning that the county will move for the first time into the 'Orange Tier' of the state's reopening structure. Public Health Director Van Do-Reynoso released the news during her weekly update at the Board of Supervisors meeting.

"We are here. We are in the Orange tier," said Do-Reynoso.

Places of worship will now have a 50 percent capacity.

The Orange Tier will be official at 8 a.m. Wednesday.

In a period from April 5 through Monday, hospitalizations dropped 63 percent. Patient loads in hospital or Intensive Care Units have fallen to the lowest number since October 2020.

Do-Reynoso says the vaccination outreach is in high gear. She says there have been specific mobile outreach in areas where the health department wants to target certain populations who may not be coming out to existing clinics on their own.

Last Friday there was a clinic for agricultural workers in Carpinteria. It was held at the Girls Inc. building.

Each mobile clinic can handle 250 appointments.

There are some groups that continue to be hesitant to the vaccination. Do-Reynoso said the highest population of people who are not getting their shots is within the Latinx and Black communities.

She also said the homeless are being contacted regularly.

"Our medical operations teams do go out on a weekly basis to serve the unsheltered," Do-Reynoso said.

Do-Reynoso said those who are fully vaccinated can spend time with other fully vaccinated people indoors. She also said you can travel domestically without a quarantine. Other rules on traveling internationally are also being modified.

With an increase in vaccination clinics, those without vehicles have been given new options. "We still strongly encourage people to schedule an appointment, but we can accommodate walkups," said Do-Reynoso.

Efforts to get an appointment have been challenging for some residents. Supervisor Gregg Hart said there are people that are "frustrated by the technology."

The county has reminded residents of the options available through the MyTurn site, the Family Service Agency, the 211 hotline and Easy Lift Transportation.

Cottage Health has a special tent at the Patterson Avenue clinic for those on foot, bike or transportation other than a car. That service began last week. It's expected to be well used by college students nearby.

The county says it is encouraging the public to continue getting tested. The mobile testing bus is currently in Lompoc after several weeks in Santa Barbara. It will move back to Santa Barbara soon, Do-Reynoso said, because that site has been "widely utilized."

An outreach to vulnerable populations continues as part of the vaccination plan.

" We need to  be able to reach them where they are instead of  just expecting them to come to us," said Supervisor Das Williams.

While it all sounds impressive,  a close look at the numbers shows,  the north county is not getting vaccinations at the same rate as the south county.

For a complete breakdown of coronavirus cases in Santa Barbara County, click here. 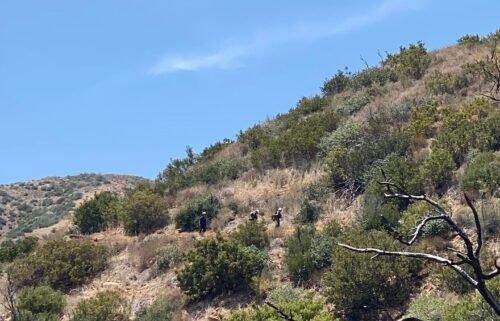