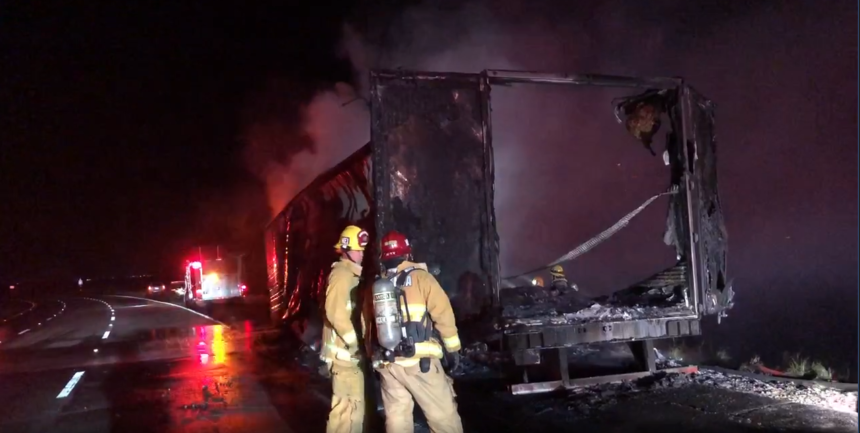 A large plume of smoke was seeing coming from inside the truck and strawberries fell onto the road.

Ventura City Firefighters was called to put out the fire just before 11 p.m.

It's not yet known what caused the fire.