Websites such as Gas Buddy are helping people save dollars and cents.

On Monday, the Point Market Fuel Depot off of Las Positas and Modoc Roads in Santa Barbara had the lowest local gas prices.

Customer and neighbor Erin Morgan said it is helping her commute to Ventura County, where she often finds the lowest prices at stations off Seaward Avenue and Johnson Drive.

The Point Market Director of Marketing Jordon Price compared it to buying a latte a mile.

She said her company takes pride in offering the lowest prices.

"So Fuel Depot purchases excess fuel from major refineries. So you are still getting that high quality fuel and we are able to sell it at a lower price due to the excess fuel."

The cheapest gas in the North County area was at Conserv Fuel in Buellton, where a gallon of unleaded was going for $5.49.

In San Luis Obispo County, Costco had the cheapest gas at $5.39 a gallon, followed by Fastrip Fuel in Paso Robles at $5.49 a gallon.

The cheapest gas in Ventura County was going for $5.37 a gallon.

Some people are running out of gas.

Jerome Saragoza of Thomas Towing is coming to their rescue, but said it is dangerous to run out of gas, especially on the freeway.

"I had a call the other day, for a gas call, it was pretty tense on the freeway, a random spot."

Saragoza carries a pair of five-gallon fuel tanks to get them to the nearest station.

He said people should buy as much gas as they can afford before the needle hits empty.

Check www.gasbuddy.com and enter a location for the lowest prices around.

Some stations, including Chevron on Fairview in Goleta, offer gas discounts if customers purchase a car wash.

Fuel Depot customer Steve Walker remembers when he was in high school gas prices were under a dollar a gallon.

He avoids the expensive stations.

"I can tell you all the stations that are way higher, like the one at Glenn Annie; it's like $7 right now."

Fuel analysts have said prices will go down a bit if people avoid the most expensive stations during spikes. 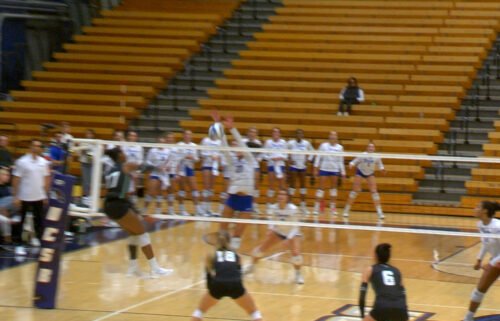