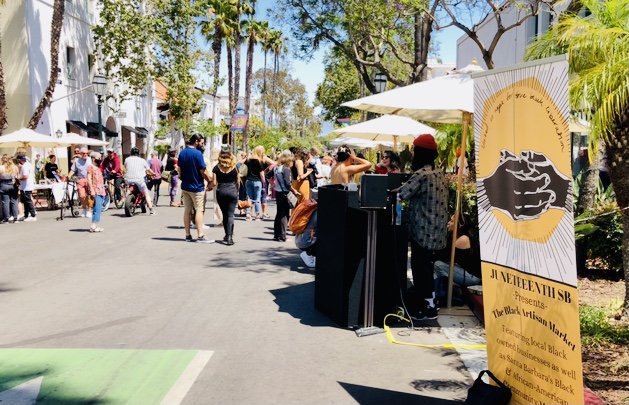 SANTA BARBARA, Calif. – Now that Juneteenth is a federal holiday celebrations are going on nationwide.

One of them took place on State Street in Santa Barbara on Saturday.

Organizers had a DJ, artisan booths and lots of information about this time in history.

Juneteenth marks the date in the teens of June that news of the Emancipation Proclamation finally reached enslaved people in Texas. It happened two-and-a-half-years after the law was signed.

MLK Committee Board Member Betsy Shelby said this is the first celebration on State Street. She hopes next year it will be even bigger.

"Juneteenth means so much to us in our community as African Americans."