SANTA BARBARA, Calif. - Some locals said they felt like taking a second glance at the calendar Tuesday. Yes, it read February 25, but for many, it sure felt more like the end of June or July.

Many local areas are seeing a quick warm-up this week from the ocean to the mountains. Our news crew greeted hikers at the Tunnel Road trailhead where the mercury hit 80 degrees by early afternoon.

One Santa Barbara woman said it's about time!

"I think we're due for some heat," said Christina Macaulay. "It's been a little cold. We did get the sweaters out, that's way too cold," she said with a laugh.

"I'm layered so I will sweat, yeah, that's the name of the game," Maxom said. "Detox. then you retox."

Both ladies wore long sleeves and dark clothing and brought plenty of supplies.

"I've got like water for me, water for the dog, my friend's got her water," Macaulay said. "We'll see how far we get. We usually go two hours up and two hours back so you really have to bring a lot of water cuz there's no water up there."

Andres Serratos, a Santa Barbara resident walking the trail with his dog, suggested people also bring along a pet.

One man running down to the trailhead said he was visiting from British Columbia.

"It's so amazing to be down here in the sunshine getting away from the cloud up in Canada," said Colin Goldblatt. 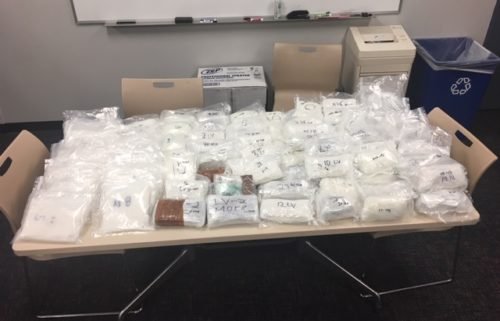 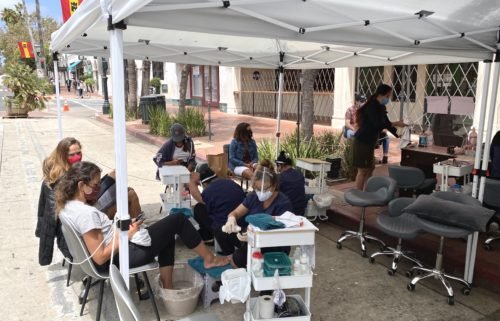 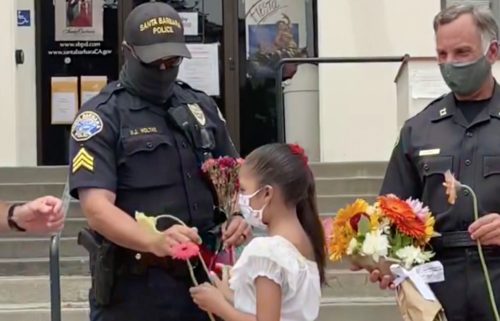