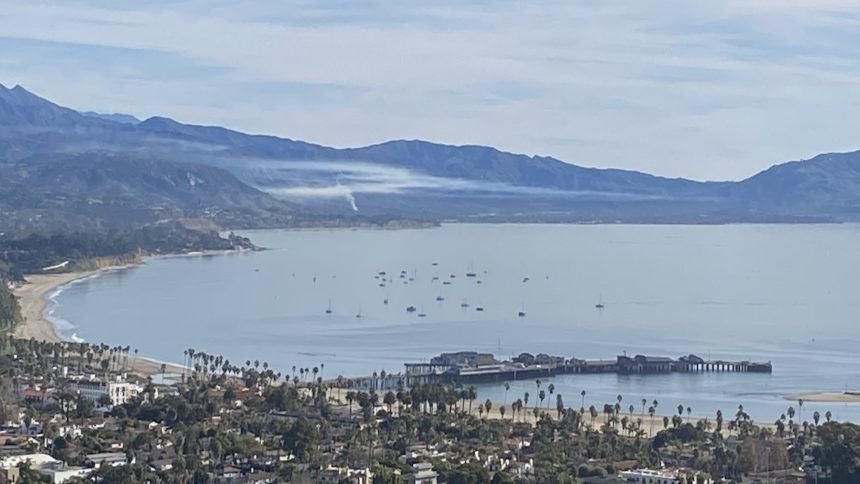 SANTA BARBARA COUNTY, Calif. - People across Santa Barbara County saw smoke in the air Tuesday morning, but there was no danger. The smoke came from several "permissive burns" throughout the County.

“Today’s a good day to make it a permissive burn day,” Santa Barbara County Fire’s Daniel Bertucelli said. “There wasn’t significant winds that can pose a threat. And the relative humidities are high. And the fuel moistures are high due to recent rains.”

Firefighters can burn hundreds of acres of excess brush in order to eliminate fuel for potential wildfires during a “prescribed burn,” but these “permissive burns” are much smaller.

“Ranchers and farmers and property owners in the area have received a permit from the county to burn agricultural waste and vegetation that are stacked in piles on their property,” Bertucelli said.

That can only happen when the weather cooperates and the fire department say it’s safe.

“[Firefighters will] come out to check the piles to make sure they’re small enough and have a good perimeter around them,” said Tys vanZeyl, who lives on a property near Carpinteria that did a permissive burn on Tuesday.

Since permissive burns have a limited window during the year—when the weather does not present elevated fire risk—many old crops and tree trimmings on these properties have built up and dried out since last spring.

“The alternative would be sending all of this to a landfill,” vanZeyl said. “And that is not good for the landfills, that would fill up with a bunch of agricultural trash that we can burn carbon-neutrally.”

Another benefit to these burns: the agricultural waste doesn’t stick around to become fuel for potentially dangerous fires once fire season begins.

But although these burns are harmless, even the thought of fire is unsettling for some people who live in the county.

“We receive phone calls on mornings like this from people who are concerned about seeing smoke in the air,” Bertucelli said. “And that’s understandable… What’s important to remember is permissive burning has been going on in Santa Barbara for decades and decades and decades.”

And if the winds stay quiet like they were on Tuesday, expect to see more of these burns before spring arrives.

Bertucelli says the burn is a day-by-day situation and based on conditions.