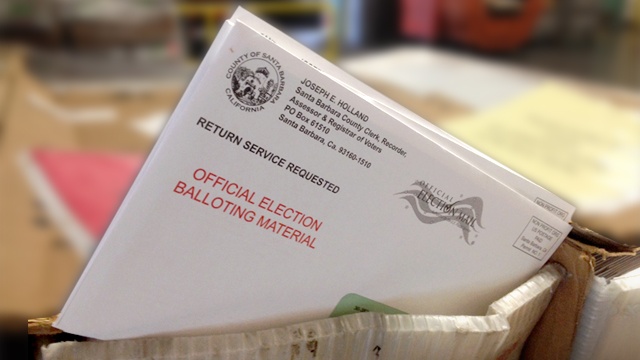 The department said the county's ballot printer and mailhouse vendor had inadvertently processed a supplemental VBM mailing twice. These duplicate ballots were then sent to some voters.

The vendor for these ballots is sending postcard notifications to the voters who received a second ballot informing them of the duplicate. These voters are instructed to vote using only one ballot and to discard the second.

The Elections Department implemented a new voter registration system last summer that should flag if a second ballot is received from one voter, ensuring that only one ballot is counted per person.

County Clerk-Recorder Tommy Gong said in a statement, “While it is unfortunate that some duplicate VBM ballots were sent to voters, we were able to quickly discover the discrepancy and develop a plan to notify affected voters of the situation and how to rectify it. We regret any confusion and inconvenience this has caused.”

Despite assurance from the county, some voters are still concerned with accuracy in the election.

San Luis Obispo County resident George Mack said he feels the county needs to be extra careful of counting the affected voters because "it wouldn't be fair for others who are putting in votes."

Other voters said it plays into the national perspective on voting.

"If you don't have accuracy in elections, who can trust them?" said Jake Mitchell, a San Luis Obispo County resident. "I feel that that's a big problem right now in our country. People don't trust elections very much."

Mitchell said he still trusts the county to run the election, as long as they solve the issue.

Anyone with questions about their VBM ballots or election issues may contact the Elections Division at (805) 781-5228 or email elections@co.slo.ca.us.