WESTMINSTER, Colorado (KCNC) — Westminster police are now looking for the driver who threw a dog to its death. The JeffCo Sheriff’s Office reported it happened at 1:45pm on Tuesday on Interstate 76 near Sheridan Boulevard.

“From what I understand from our witness says the dog was hanging out of the window for a distance,” Joseph Elias, Jefferson County Sheriff’s Animal Control Officer said.

The small miniature poodle was flung from what was described as a black Lexus sedan.

“Our veterinarian team quickly jumped into action, and they were to intake that animal and see what injuries we were talking about. Unfortunately these injuries were very, very severe. We did our best to stabilize as quickly as possible,” Amanda Plank, Foothills Animals Shelter Community Engagement Director.

The poor poodle named Teddy didn’t make it, despite the efforts of workers trying to save its life. Though this was a rare case where a dog was seen thrown from a car, the shelter says abused animals are brought in all the time. Teddy helped raise $10,000 to help other abused furry companions.

“Cases like this are so severe they’re quite costly to a shelter like us, so any donation that has been made to help with this specific will actually be transferred into our animal relief fund,” Plank added.

Investigators believe the dog may have been stolen. The case is still open. In the meantime, any tips could help lead authorities to the person responsible.

“If this was in fact an intentional and not a negligent act, it would be considered aggravated cruelty to animals, a class 6 felony,” Elias said.

The charge carries up to 18 months in jail and $100,000 in fines. Elias added, it was a busy time of day, and he hopes someone saw something and is willing to come forward to help. 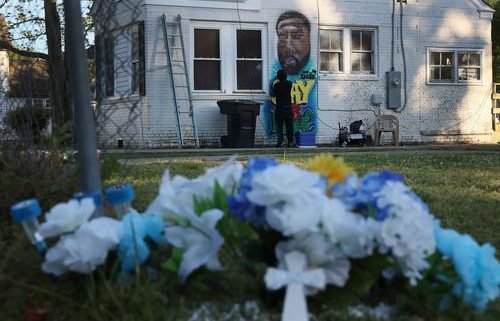